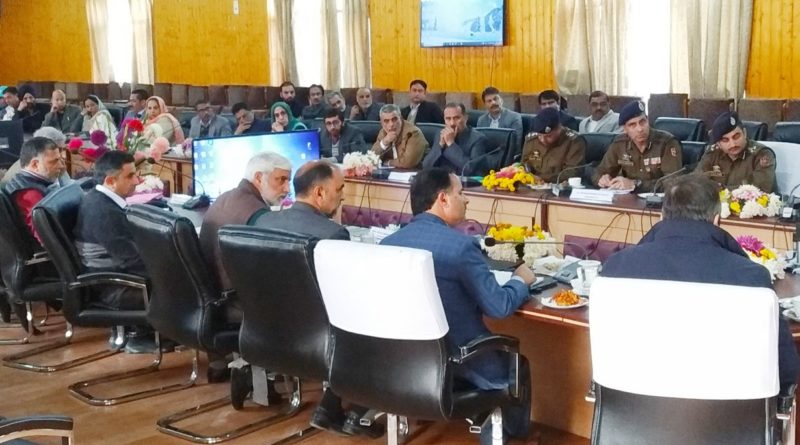 Lieutenant Governor, Girish Chandra Murmu, Saturday underscored the need for addressing the public issues on top priority, stating that the grievance redressal mechanism must be strengthened as core part of transparent and accountable administration which accords centrality to the needs and problems of people.

Lieutenant Governor made these remarks at a meeting he chaired to review development scenario of Anantnag district.

Speaking on the occasion, Lieutenant Governor called for taking priority developmental projects in convergence mode for efficient utilization of the resources available under different schemes and programmes of the government.

He directed the officers to set up relief and rescue centres along the disaster prone stretches of national highway ahead of winters. He said all the basic facilities should be ensured in the disaster centres to facilitate the commuters and transporters during winters.

During the meeting, Lieutenant Governor announced Rs 13 crore for boosting developmental scenario in the district. It was said that out of the announced amount, Rs 8 crore will be spent on the expeditious completion of upcoming Rehmati Aalam Hospital and Rs 5 crore as additionality for execution of the works taken under ‘Back to Village’ programme.

He also announced sanctioning of vehicles for mobility of all Tehsildars of the district besides accorded sanction to the proposal of DC Anantang regarding establishing district level youth hostel and up-gradation of existing NTPHC at Pahalgam.

Earlier, highlighting the achievements registered in the district, DDC Anantnag briefed the Lieutenant Governor in detail about the development profile of the district.

The meeting was informed about status of the projects funded by JKIFDC under languishing projects scheme. It was said that 113 projects worth Rs 270.11 crore are under execution in the district under different sectors.

It was also told that the recently launched Market Intervention Scheme has been successfully implemented in the district with 3222 MTs of apple fruit procured from the growers across the district, so far.

On the occasion, Lieutenant Governor Murmu also took a threadbare review of the winter preparedness in the district. He was informed that a well-knit contingency plan for winter preparedness has been put in place to tackle winter challenges. All the men and machinery has been readied to effectively tide over the vagaries of weather during the winters, the meeting was told.

Lieutenant Governor was also informed about the overall law and order situation of the district. 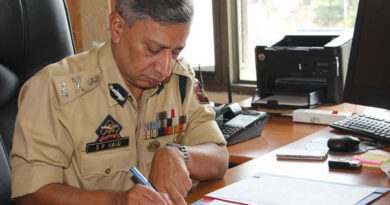 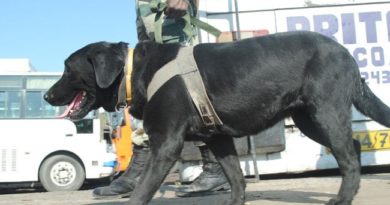