Responsible member-states of the Security Council may be forced to pursue other actions if China continues to block moves to designate Pakistan-based JeM chief Masood Azhar as a global terrorist, diplomats at the UN’s principal organ have warned.

They spoke on condition of anonymity to give a sense of the feeling of the other members of the Security Council after China on Wednesday put a technical hold on the proposal to designate Azhar as a global terrorist. China has in the past blocked India’s bids to get Azhar listed as a UN-designated global terrorist thrice.

The proposal to designate Azhar under the 1267 Al Qaeda Sanctions Committee of the UN Security Council was moved by France, the UK and the US on February 27, days after a suicide bomber of the Jaish-e-Mohammed (JeM) killed 44 CRPF soldiers in Jammu and Kashmir’s Pulwama, leading to a flare-up in tensions between India and Pakistan.

“If China continues to block this designation, responsible member-states may be forced to pursue other actions at the Security Council. It shouldn’t have to come to that,” a Security Council diplomat told PTI in an unusual tough warning to China.

India has expressed disappointment over China’s decision but said it will “pursue all available avenues” to bring to justice terrorist leaders involved in attack on Indians.

“This is the fourth time that China has placed a hold on this listing. China should not prevent the Committee from doing the job the Security Council has entrusted it to do,” another security council diplomat told PTI.

“China’s move to hold the listing is inconsistent with its own stated goals of combatting terrorism and furthering regional stability in South Asia,” said the diplomat, requesting not to be named given that the deliberations of the UN sanctions committee are confidential, thus preventing member-countries from talking about it in public.

The second diplomat also slammed Pakistan for depending on China to protect terrorist groups and leaders that operate from its soil.

“Pakistan has quite often depended on China to protect it from the listing of Pakistan-based terrorist groups and individuals in the UN 1267 sanctions committee,” the diplomat said.

“The case for designating Masood Azhar the leader of a group the UN already calls an al-Qaeda-affiliated terrorist organization is undeniable,” the diplomat said.

On Tuesday, the Trump administration said that Azhar meets the criteria to be designated as a “global terrorist” by the UN.

“Our views on Jaish-e-Mohammad and its founder are well known. The JeM is a UN-designated terrorist group,” State Department deputy spokesperson Robert Palladino told reporters.

“Azhar is the founder and the leader of the JeM, and he meets the criteria for designation by the United Nations. The JeM has been responsible for numerous terrorist attacks and is a threat to regional stability and peace,” Palladino said.

The State Department referred to this statement on Wednesday when asked about the latest developments in New York.

I would say that the United States and China share a mutual interest in achieving regional stability and peace, and that a failure to designate Azhar would run counter to this goal, Palladino said.

“Once again, China has blocked the UN from imposing sanctions on Masood Azhar, the leader of Jaish-e-Mohammed, which carried out the Pulwama attack in India in February. This is unacceptable,” he said.

“I urge Beijing to allow the UN to place sanctions on Azhar, the leader of a UN-recognized terrorist organization,” Sherman said.

“Today, China doubled down on a very bad bet. It blocked yet another round of UN sanctions on Pakistan-based JeM chief Masood Azhar weeks after the group claimed credit for the deadliest terror attack in Kashmir,” Jeff Smith from the Heritage Foundation said.

“This one won’t be undone by another romantic stroll through Wuhan,” he said, referring to a meeting between Prime Minister Narendra Modi and Chinese President Xi Jinping in April last year.

Jagdish Sewhani, the president of ‘The American India Public Affairs Committee’, said the decision of China is a blatant abuse of the veto power that it enjoys as a permanent member of the UN Security Council.

“China today stands exposed as the only supporter of Pakistan’s State sponsor of terrorism. We Indian-Americans have decided to hold peaceful demonstrations outside the Chinese embassy and consulates in the US and urges the people of Indian origin and friends of India across the world to do the same in their countries as well,” he said.

“We are planning to reach out to members of the Congress and the US government to bring to their notice the outrageous Chinese move in this regard. We urge the Trump administration to explore the possibilities of other measures inside the UN Security Council to designate Masood Azhar as a global terrorist,” he said.

Sewhani asked Indian Industrialists to say no to business with China. 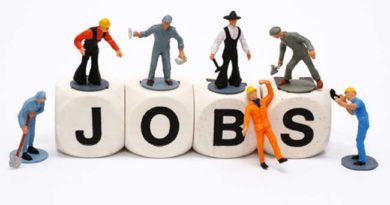 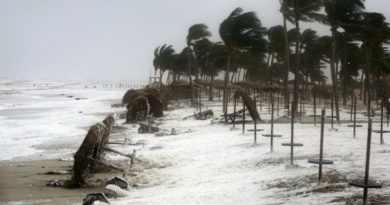 Mumbai May Have Escaped Worst Of Cyclone Nisarga, Wind Speed Slows Down 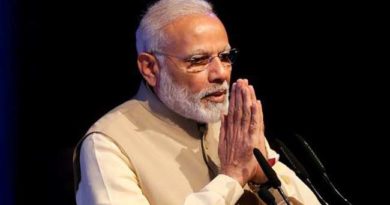