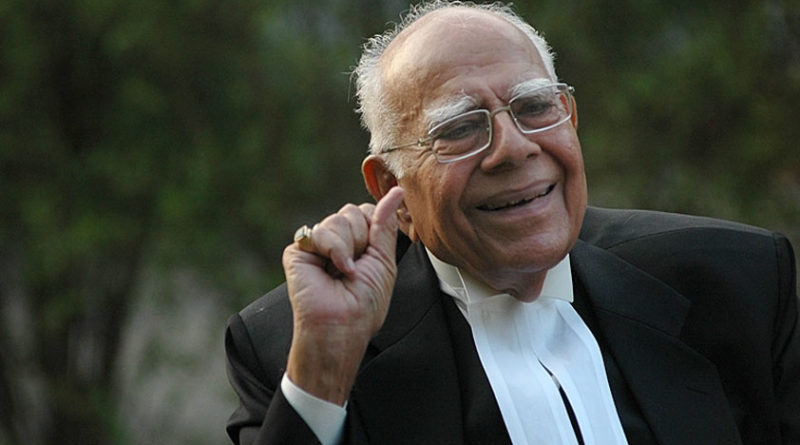 Eminent jurist and former Union minister Ram Jethmalani passed away on Sunday at the age of 95, his family members said.

Jethmalani breathed his last at 7.45 am at his official residence in New Delhi, his son Mahesh Jethmalani told PTI.

Mahesh and other close acquaintances said Ram Jethmalani was not keeping well for a few months.

He passed away a few days before his 96th birthday on September 14, his son said.

Mahesh said his father’s last rites will be performed in the evening at the Lodhi road crematorium here.

Besides Mahesh Jethmalani, the former Union minister is survived by his daughter based in the US. His other daughter, Rani Jethmalani, died in 2011.

Jethmalani was the Union law minister and also the Urban development minister during the Atal Bihari Vajpayee-led NDA government. He also served as the Supreme Court Bar Association president in 2010.

He was born in Shikarpur in Sindh province (now in Pakistan) on September 14, 1923 and obtained a law degree at the age of 17.

J&K Bank committed to rendering uninterrupted services to the society