After a recent gun fight in congested locality of Nawakadal in Srinagar, in which two militants , including Junaid Sehrai, son of a known separatist leader , were killed . A trail of stories have been woven around the children who visited the encounter site , long distance from their homes. One of them Basim Aijaz of Karan Nagar area about two kms away from Nawa Kadal was also there . He suffered burn injuries and died two days later on May 21 .

It is part of a select narration in the Valley in which everything that goes wrong is quickly attributed to the security forces , by extension to the country’s security forces .

This narration has two sides ; one, where no questions are asked. Second, where there are plenty of questions , and interestingly all the answers are given by the narrators themselves .

That said. ,there has been a narration that Basim, a 12-year-old boy who received burn injuries when a building collapsed after the encounter died. A heart-wrenching tragedy, Basim was not born to die like this ,and he should not have died the manner in which he died.

It should have been a moment of reflection for all those in Kashmir who have donned the calibrated profile of “warriors” on keyboards . They were quick to sell Basim’s story , not as that of the young boy who met with an accident of the building collapse the aftermath of the gun fight, but in pursuit of their commercial interests. His pictures were splashed and a series of stories were written to hail his “heroism” by being at the encounter site . The more sinister part was focused on the human rights violations by the security forces without asking or answering , why he was there and under what circumstances he died. Were those circumstances ever creation of the security forces .

The answer is big no . But the keyboard warriors were selling the twisted and tweaked story and selling it to the anti-India media for the sake of few dollars .

There is another problem with such people – they overlook tragedies inflicted on the children orphaned by the terrorists and their supporters.

They view Kashmir with different prisms; one in which those who die in the situations in which Basim died – he is owned as Kashmiri, but those who die as orphans at the hands of terrorists are not Kashmiris. 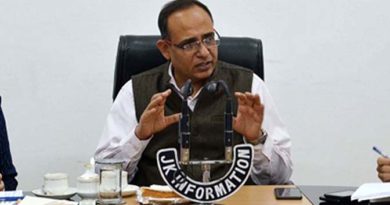 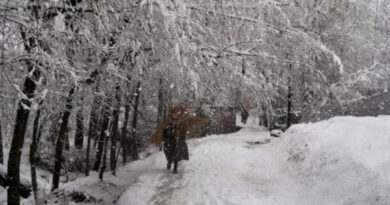 PM announces 21-day nationwide lockdown, says this is only way to fight coronavirus