Jammu and Kashmir has counted enough of the dead and it has lost  all the stamina to count more.

The current times are difficult is an understatement , and those clamouring for the simultaneous Lok Sabha and Assembly elections  or early elections are doing it more as a political posturing than  as their readiness for the Assembly polls.

Beneath the  political veneer there is a hard ground reality that the situation is far from being secure to hold the Assembly polls in a free and fair manner – the security situation is grim , again is  an underestimation of the real threats that exist on the geographical and political landscape of the state .

Some analysts have rightly asked, if the Lok Sabha elections can be held  in the prevailing situation , then what is the logic in delaying the Assembly elections . This is logically a correct statement , but in the reality it is not.

Numbers speak for themselves . There are six Lok Sabha seats in J&K. Given that at least 15 candidates contest from each of the six seats , all this adds up to 90 . There are not many campaigners too. The campaign level is limited and so is the security requirement  for the candidates, their homes , and the campaign venues .

The previous trend, and that is natural too that there would be many more candidates as the number of Assembly seats  is 87 as compared to six  of Lok Sabha in the state.  On an average  even if 15 candidates per seat intend to contest , the number would  be 1305. T

While it is an agreed fact that the number of polling booths for the Parliamentary and Assembly polls is same , yet the number of voters in the Assembly polls is higher .   So is the security requirement . That, in itself is a challenge . And while the Lok Sabha elections are being held all across the country , sparing so many security forces personnel that could ensure a truly secure atmosphere for the polls  is not possible.

The minimum security forces required for the purpose is more than 800 companies of the Central Armed Paramilitary Forces ( CAPFs) . The country-wide election cannot be put at risk for the sake of the Assembly elections in J&K, and at the same time , the J&K elections cannot be truncated just for the heck of having it . Both level of polls have their own sanctity that needs to be maintained at all costs.

Within the political parties, there is  a scare that they are not voicing openly to maintain a façade of a bravado , though a fake one, that contesting Assembly polls in Kashmir Valley in the given situation when the suicide bombers are on parole , is next to impossible. In fact, the security threat is many times more than what it was any time  in the past elections . Their internal concerns have been  discussed in the party forums . They have discussed it with the authorities too , but they don’t want them to put it on them. They want to have a cake and eat it too.

But the government cannot risk sanctity of the democratic institutions and processes  by holding the polls in an atmosphere of uncertainty and insecurity. 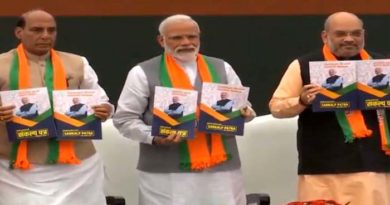 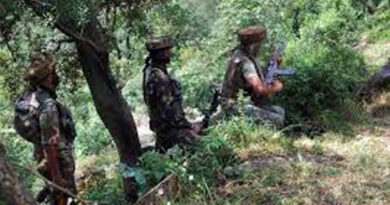 Ministerial reshuffle : Kavinder to be Dy. C.M.  Khalil Bandh in place of Drabu