J k News Today
Analysts
The killing of Hizb chief Riyaz Naikoo in south Kashmir on Wednesday has brought to an end an era of militancy and delivered a body blow to Pakistan and its spy agency ISI that had been sustaining him and his brutal ways to exterminate policemen.
The security forces had been waiting for this success almost for the past two years. While they had eliminated all top terrorists , including Zakir Moosa, and several others, Riyaz Naikoo had been escaping all the time.
Today, however, he was eliminated by the security forces in a clean operation conducted with clinical methodology and extreme patience to avoid collateral damage.
Naikoo was known for his close proximity with Pakistan’s ISI. He had launched a murderous campaign to kill policemen and their relatives. He had also set up recruit centres for the young boys. He was a byword for terror in Kashmir.
“ We view his elimination as a great success that will go a long way in not only weakening the militancy but also pour cold water on the nefarious designs of Pakistan,” a senior security official told JK News Today.
Pakistan has suffered biggest loss in the death of Naikoo. 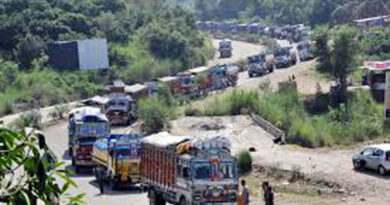