Medical evidence is mounting to show the devastating effects, like blindness, of eye injuries caused by metal pellets fired from shotguns used by government forces for crowd control in Kashmir.

Continuing use of the indiscriminate guns has caused injuries blinding 1314 eyes of 1253 victims since 2016 alone. The so-called ‘non-lethal’ weapon has also caused deaths since it was introduced in Kashmir during the public uprising of 2010.

A number of empirical studies conducted on Kashmiri victims of the weapon recently published in international scientific journals emphasise the irreversible nature of damage caused to their eyesight.

A research paper titled Management of Ocular Pellet Injury was published in Global Journal of Medical Research (USA). The study, first since 2016 when mass scale pellet injuries were caused in Kashmir, has been carried out by doctors from an eye hospital in Amritsar on pellet victims visiting from Kashmir for treatment.

According to this study chances of regaining normal vision in an eye injured by pellets were minimal.

Another study (Pellet Gun Fire Injuries in Kashmir Valley – Cause of Ocular Morbidity) has documented how chances of improvement of vision “remained poor despite development of advanced micro-surgical techniques”. The findings were published in Journal of Evolution of Medical and Dental Sciences.

Researchers found over 50 percent of eyes injured by pellets “had only perception of light” at the time of presentation in the hospital, “reflecting the severe nature of trauma caused by gun pellets”.

“About 50 percent of the cases had final corrected visual acuity less than 6/60” according to the study, meaning the person is able to see something at only 6 meters what someone with standard vision could see from 60 meters away.

An earlier study published in International Journal of Medical Science and Public Health found that only 16 percent of people who had been hit by pellets in eyes had vision more than 20/40, meaning “vision half good as normal”.

The rest, 84 percent pellet victims, had blindness of varying degrees. One in three could not see beyond movement of hands in front of their injured eye.

An article published in Indian Journal of Medical Ethics in 2016, quoting from various clinical studies on pellet injuries concludes that the weapon was “far from being a benign non-lethal weapon” and has “far-reaching human costs”.

Since the wide scale protests sparked by the killing of militant commander BurhanWani in July 2016, some 1253 victims of eye injuries caused by pellet guns have been treated at SMHS Hospital Srinagar, according to data accessed by Greater Kashmir. Of these, 61 were injured in both eyes.

The use of pellet guns causing “dead eye epidemic” in Kashmir in 2016 caused an international outrage.

The Government of India at that time announced that it would introduce a less lethal alternative for the pellet gun, but it continues to be used as a ‘weapon of choice’ against civilian protesters across Kashmir.

Later the government also claimed deflectors were fitted to pellet guns to avoid hitting eyes of protestors in a crowd. 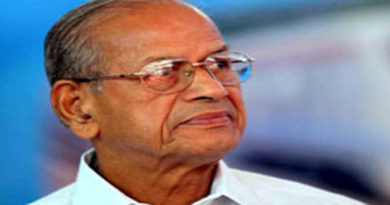