The Centre has agreed in principle to accord National Highway status to Mughal Road connecting Jammu and Kashmir provinces through Pir Panchal region. The Centre has also decided to put the construction of Vailoo-Singhpora and Chenani-Sudhmahadev tunnels on the fast track mode to expedite the start of work.

Minister for Public Works & Culture, Naeem Akhtar was also present in the meeting.

The meeting was informed that the process for formulation of project reports for these projects has already been started and the consultancy report has been received by the Union Government and with the melting of snow on these roads further action would be initiated.

Terming connectivity critical in bridging the mental divide between the people of Kashmir and rest of the country, the Chief Minister stressed on taking these tunnel projects in mission mode as a national priority.

The Chief Minister also raised the fast tracking of Baramulla-Gulmarg-Loran road which was founded in 2015. The road would provide alternatate connectivity to Gulmarg via Poonch thus ensuring more inter regional connectivity and giving the tourist inflow a push as well.

The Union Minister directed the concerned agencies to use latest technologies and soil stabilising methods to get ahead on the construction so that the project is completed at the earliest.

Mehbooba Mufti also took up the issue of 80 kilometre long Doda-Dessa-Kapran road connecting Doda district with Anantnag. The Union Minister directed completion of all formalities on the project including forest clearances for its quick consideration.

The Chief Minister also raised the issue of widening of Srinagar-Jammu National Highway and the bottlenecks coming in the way on the Ramban-Banihal stretch. She stressed on attaching national importance to the project as it is the only Highway connecting Kashmir Valley with rest of the country.

The Union Minister assured the Chief Minister that he would himself review the status of all these connectivity projects soon with all the concerned agencies. He also directed constitution of an expert team which would visit the Jawahar tunnel and inspect the repairs to be done as suggested by the Chief Minister.

In a significant decision involving local youth, Mr. Gadkari on the persistent demand of Mehbooba Mufti, directed training of 3000-4000 local youth in tunneling, highway construction, earth cutting and stabilisation works etc. by concerned project executing agencies so that subsequently they are engaged in similar projects.

On the suggestion of the Chief Minister, the Union Minister also directed the project executing agencies to associate local youth in the material supplies and other ancilliary works so that the socio economic development of the catchment areas is also taken care of.

It may be recalled here that projects worth Rs. 60, 000 crore in infrastructure including highways, tunnels and roads are under execution in the State currently.

The Chief Minister also sought construction of grade separators and flyovers on the National Highway where it touches major towns like Kathua, Samba, Jammu, Awantipore, Bijbehara and Srinagar to check the frequent traffic jams besides construction of a Bye Pass at Anantnag on the Donipawa-Ashajipora road stretch.

The meeting was also informed of complete and satisfactory utilisation of Rs.  332 crore under Central Road Fund by the State Government.

The meeting was also informed that the inception report of the water transport in the Jhelum river has been completed and the Detailed Project Report in this regard would come in next month. The Chief Minister, it may be mentioned here, had sought revival of water transport across the Jhelum river to provide an alternate transportantion mode and enhance the tourist attraction of the place. 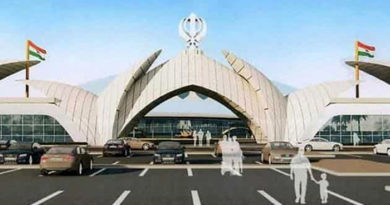