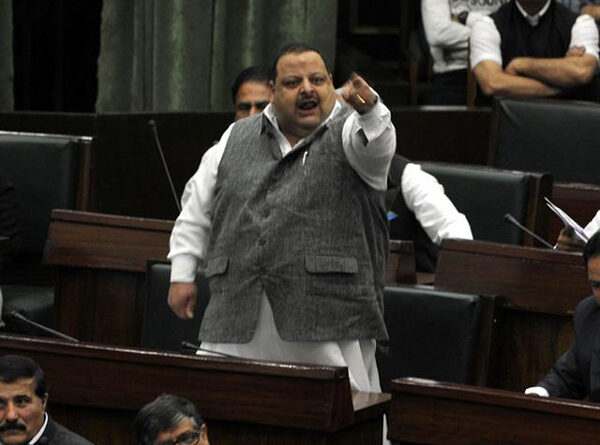 “If it is Nowshehra, Sunderbani and Kalakote today, it may be Jandrah and all other left out areas tomorrow, as the people are becoming restive with illogical and vindictive approach of the present dispensation”, Mr Rana said during interaction with people at the sidelines of foundation laying ceremony of foot-bridge at Sui Bouli here this afternoon.

He said the residents of Jandrah have shown appreciable resilience and patience with regard to functioning of the Tehsil office, despite assurances held out by the government twice in the Legislative Assembly and repeatedly whenever the issue was raised with all concerned. He hoped good sense to prevail upon the government so that the people are not made to take to streets.

Assailing the local BJP leadership for spreading canards about creation of Tehisl Office at Jandrah, as also other new administrative units vide Cabinet Decision No 187/14/2014 on 21 October 2014, the Provincial President said that activation of Tehsil offices at Vilgam and Qalamabad in Kupwara district, Singhpora and Narwaw in Baramulla district besides Ramsu in Ramban district vindicates the decision having taken by the previous government. He welcomed the step, hoping all other tehsil offices, including Jandrah, will be made functional on immediate basis.

The MLA Nagrota said this issue was also taken up with Governor Mr N N Vohra, as latest as on 28thFebruary but the government continues to remain muted over this matter of immense public importance. He wondered over the urgency shown in posting Assistant Commissioner Development in Bhaderwah, despite non-existence or creation of this post, and reluctance in having the Tehsil office at Jandrah and other administrative units sanctioned for the Nagrota constituency functional.

Elaborating on new administrative units, Mr Rana said that the Omar led government had created nine Sub-Divisions, 50 Tehsils and 99 Niabats across the state. These included Sub-Division status for Nagrota, Tehsil for Jandrah and two new Niabats at Shiba and Kathar in Nagrota Assembly Constituency.

“Even if the government had constraints, these units could have been made functional by posting staff under internal arrangement in order to satiate the urges and aspirations of the people and making vibrant the administration”, he said while assailing the PDP-BJP for becoming stumbling block in taking the administration at door steps. He described the sanctioning of these administrative units by Omar Abdullah led government as historic, saying the idea was to give respite to people of far-flung areas, who are required to cover long distances for getting their issues settled.

Mr Rana described the present dispensation as anti-people, saying it has failed on all fronts, as a result of which problems of the people continue to accumulate.

Earlier, while laying foundation stone of the foot-bridge, Mr Rana said this will facilitate mobility of people in living adjoining villages apart from movement of farm-produce. Being long standing demand of 30 years, the foot bridge is being constructed at a cost of Rs 21.40 lakhs.