Advisor to Lieutenant Governor, Faroooq Khan today chaired an extensive post snowfall review meeting here, directing officers to work in close coordination to avoid any eventuality in view of the inclement weather.
Addressing the meeting, the Advisor sought details from the HoDs of all departments regarding steps being taken by them in restoring the road connectivity, power and water supply, besides ensuring supplies of other essential commodities and services.
The Divisional Commissioner, Kashmir, Baseer Ahmad Khan and other officers gave a detailed presentation to the Advisor. The Deputy Commissioner, Srinagar, Commissioner Srinagar Municipal Corporation and Director Urban Local Bodies, Kashmir briefed the Advisor about the steps taken to ensure that no water-logging takes places in Srinagar city and other major towns.
The Advisor directed the officials to establish a 24X7 Joint Control Room to update the weather situation assessment and respond swiftly in times of any eventuality and generate reports thrice a day with intimation to the Advisor till the time the weather situation improves.
The Advisor directed the Chief Engineers, R&B, PDD, PHE and I&FC besides Commissioner, SMC, to work in synergy with the district level teams for the smooth flow of the services.
The Advisor was informed that the out of 16479 kms road length, the department has achieved the 80 per cent clearance target. The meeting was told that 457 high end machines were engaged to clear the roads.
Officials from the Mechanical Wing informed the meeting that 7983 kms road length was cleared on the first day of the snowfall. The Advisor directed the officers that work should be accelerated for clearing Mughal road and Road connecting north Kashmir’s Gurez.
The Advisor directed continuous and overnight snow clearance of highways; inter-district roads and connecting arteries. He directed the officials to keep the roads leading to hospitals and health centres clear so that patients don’t suffer. He also directed the officers to avoid waterlogging in Srinagar city, especially in tertiary care hospitals.
The Advisor urged for greater synergy between various agencies on the ground dealing with snow clearance and other restoration works. He also directed early resumption of power supply besides ensuring uninterrupted drinking water and ration supply in affected areas.
The Advisor was informed that Mechanical Engineering Department and R&B Department have deployed over 400 snow clearance machines across the Kashmir Valley.
The meeting was informed that all the Valley hospitals and tertiary care units are working as usual and routine staff is stationed at their places of deployment. While adequate supply of medicine is available at these hospitals.
Director, Food, Civil Supplies, informed the meeting that the adequate ration is stored in Kashmir Valley by the concerned Department and Food Corporation of India and fuel stocks have been dumped. He informed that there was 100 per cent dumping of ration at present and 52% distribution has been done so far. He informed the meeting that there was over two months buffer stock available with the department, while as 4. 50 lakh gas cylinders have been procured by the department.
On Education sector, the Advisor directed the official, especially, Director, Education, Kashmir, to provide heating facilities to the students in the examination centres. The meeting was told that the 664 educational centres are providing heating arrangements during exam time.
Regarding avalanche prone areas, the meeting was informed by the Divisional Commissioner, Kashmir that SDRF teams have been deployed to keep vigil.
The Advisor appreciated the efforts of those officers, who have been instrumental in timely public service delivery. He urged the concerned to follow and keep updated about the new trends in governance.
“By and large, the situation is satisfactory. We should work in close coordination to give better governance to the people,” the Advisor said.
Divisional Commissioner, Kashmir, Baseer Ahmad Khan, Deputy Commissioner, Srinagar, Dr Shahid Iqbal Choudhary, Principal/Dean Government Medical College, Srinagar, Dr Parvez Ahmad Shah, Director, School Education, Kashmir, Muhammad Yunis, Director, Helath Services, Kashmir, Dr Samir Mattoo, Commissioner, Srinagar Municipal Corporation, Khurshid Ahmad Sanai, Director, Urban Local Bodies, Riyaz Ahmad, Director, Food, Civil Supplies, Nisar Ahmad, Chief Engineers, PWD/R&B, Kashmir, PHE,, PDD, I&FC, MED, Systems and Operations, PMGSY and representatives of other Departments and Engineering wings were present in the meeting. 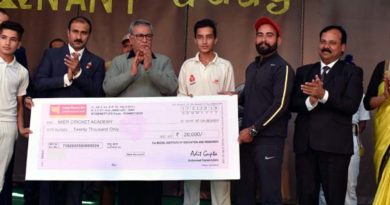 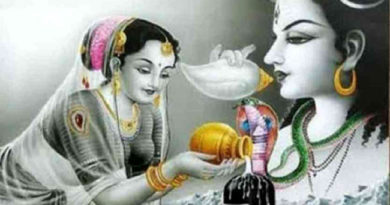 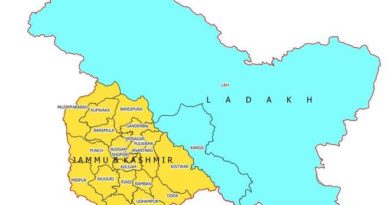 J&K Govt to notify over 10,000 posts for Accelerated Recruitment for Domiciles