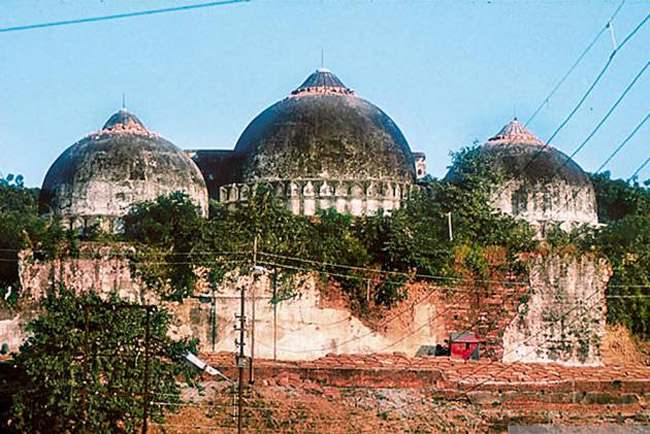 Shaurya Diwas, on December 6, will be followed by Gita Jayanti celebrations on December 18. Gita Jayanti marks the day Lord Krishna ‘revealed’ Bhagavad Gita to Arjun. 2018 marks the completion of 26 years of demolition of Babri Masjid.

ays after it organised a ‘Dharam Sabha’ in Ayodhya to seek support for construction of a grand Ram temple, the Vishwa Hindu Parishad (VHP) is planning to observe a ‘Shaurya Diwas’ on December 6, the day Babri Masjid was demolished.

2018 marks the completion of 26 years of demolition of Babri Masjid.

“Shaurya Diwas [which marks the demolition of Babri Masjid] will be traditionally celebrated. In Ayodhya, the VHP along with various Hindu organisations are likely to hold a number of religious programmes, including ‘hawan’, so that a grand temple of Lord Ram is built in Ayodhya,” VHP spokesperson in Ayodhya, Sharad Sharma told PTI.

“Special prayers will be offered to Goddess Saraswati so that she can help the people, especially politicians, in removing any obstruction in the path of construction of Ram temple,” Sharma said.

He added, “Sarva baadha mukti hawans [hawans seeking to get rid of all obstructions] will be held. Tributes will also be paid to the ‘karsewaks’ who faced the bullets.”

The VHP leader further said that a similar Dharam Sabha is scheduled to be held in Delhi on December 9. He claimed that over 5 lakh people are likely to participate in the grand rally in Delhi.

“On January 31 and February 1, we are going to organise ‘Dharam Sansad’ in Prayagraj in which more than 5,000 seers from across the country will participate. Seers from southern states and north-eastern states will be specially invited,” the VHP spokesperson said.

He said that the Dharam Sansad in Delhi would deliberate upon Ram temple, cow protection and Ganges.

The VHP spokesperson said that through the Ayodhya Dharam Sabha, the right-wing group was able to send a message that the Hindu society wants a grand Ram temple in Ayodhya.

On the anniversary of Babri Masjid demolition, around 500 prominent ashrams of in Ayodhya would be illuminated with lamps, Mahant Ramdas of Nirmohi Akhara said.

Mahant Ramdas said that the Akhara would celebrate each day as Shaurya Diwas as it was on this day, Ram Janmabhoomi was ‘liberated’ from a Mughal structure. “We will light ghee lamps at around 500 prominent ashrams of the temple town to celebrate the day,” he said.

Ram Bhadracharya, a Hindu seer, claimed that he had spoken to a senior Union minister last month and was told that Ram devotees would not be deprived of their deity’s temple in Ayodhya.

Bhadracharya said that PM Narendra Modi would take a decision on the issue by opting for the ordinance route once the model code of conduct comes to an end after the declaration of the assembly poll results. 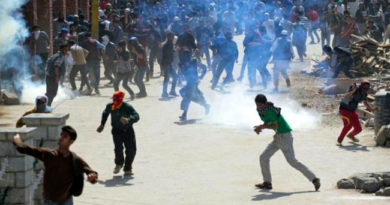 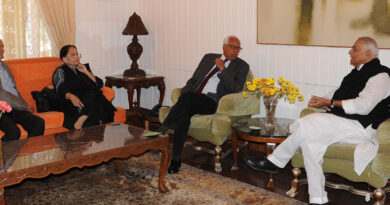