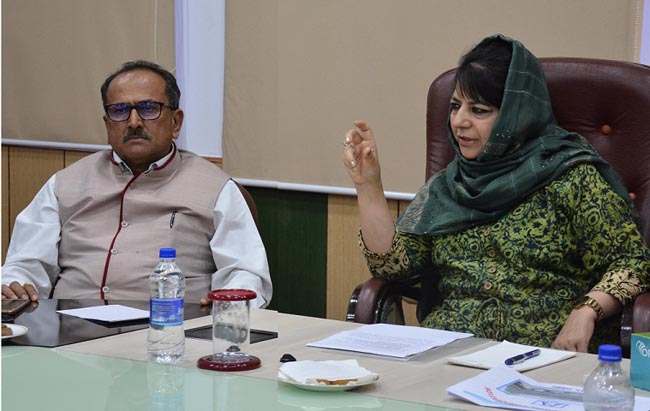 Chief Minister, Mehbooba Mufti today sought proper rehabilitation of street vendors in the Jammu city and adjoining areas while carrying out their relocation to ease traffic movement in the winter capital.

Chairing a meeting to review the beautification of Jammu city here today, the Chief Minister directed identification of appropriate spots where the street vendors could be shifted so that their livelihood is not affected while clearing roads or pavements.

The Chief Minister asked the District administration, Municipal authorities and JDA to jointly work out a mechanism whereby these street vendors could be properly rehabilitated. She fixed a deadline of one month during which she asked these Departments to ensure availability of facilities like drinking water, electricity, sanitation and rest rooms so that these new spots become a market attraction where the street vendors could operate without any hassle.

The Chief Minister, on the occasion, was informed that at present 2015 street vendors are registered with the Jammu Municipal Corporation and two flying squads have been constituted to clear footpaths in the city from encroachments whose performance is being monitored on daily basis.

Mehbooba Mufti also directed the civic authorities to identify open spaces in the winter capital which could be developed into green spaces to enhance the aesthetic appeal of the winter capital. She also directed creating parking slots at more spots so that people don’t have to park their vehicles on roads and traffic movement in the city is eased. 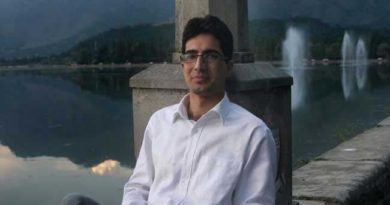 Faesal asks youth to share ideas on his next move