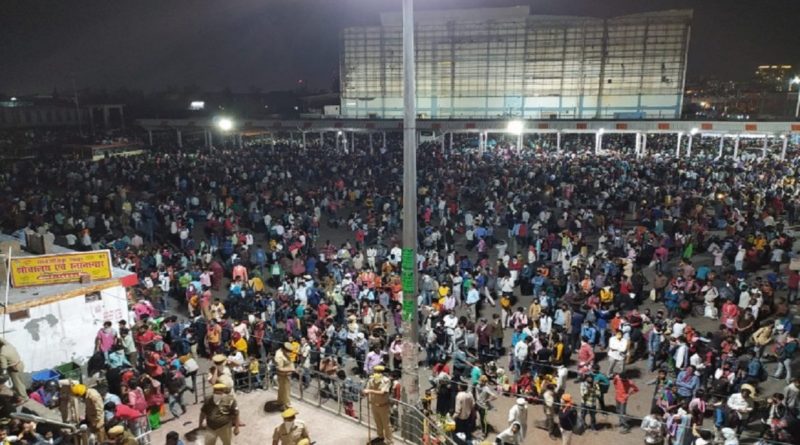 As Asia’s third-largest economy slowly reopens, the effects of that massive relocation are rippling across the country.

From March through May, around 10 million migrant workers fled India’s megacities, afraid to be unemployed, hungry and far from family during the world’s biggest anti-Covid lockdown.

Now, as Asia’s third-largest economy slowly reopens, the effects of that massive relocation are rippling across the country. Urban industries don’t have enough workers to get back to capacity, and rural states worry that without the flow of remittances from the city, already poor families will be even worse off — and a bigger strain on state coffers.

Meanwhile, migrant workers aren’t expected to return to the cities as long as the virus is spreading and work is uncertain. States are rolling out stimulus programs, but India’s economy is hurtling for its first contraction in more than 40 years, and without enough jobs, a volatile political climate gets more so.

“This will be a huge economic shock, especially for households of short-term, cyclical migrants, who tend to come from vulnerable, poor and low-caste and tribal backgrounds,” said Varun Aggarwal, a founder of India Migration Now, a research and advocacy group based in Mumbai.

In the first 15 days of India’s lockdown, domestic remittances dropped by 90%, according to Rishi Gupta, chief executive officer of Mumbai-based Fino Paytech Ltd., which operates the country’s biggest payments bank. 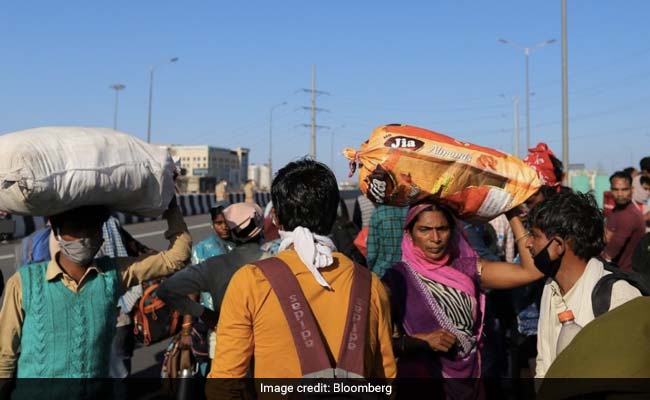 Migrant workers and their families unable to catch buses walk along a highway on the outskirts of Delhi, March 2020.

By the end of May, remittances were back to around 1750 rupees ($23), about half the pre-Covid average. Gupta’s not sure how soon it’ll fully recover. “Migrants are in no hurry to come back,” Gupta said. “They’re saying that they’re not thinking of going back at all.”

If workers stay in their home states long term, policymakers will have more than remittances to worry about. If consumption falls and the new surplus of labor drives wages down, Agarwal said, “there will also be a second-order shock to the local economy. Overall, not looking good.”

India announced a $277 billion stimulus package in May and followed it up with a $7 billion program aimed at creating jobs for 125 days for migrants in villages across 116 districts. Separately, local authorities are also looking for solutions.

Officials in Bihar have identified 2,500 acres of land that could be made available to investors, said Sushil Modi, deputy chief minister of Bihar, a state in east India. “We can use this crisis as an opportunity to speed up reforms,” he said.

The investors haven’t materialized yet, and in the meanwhile, state governments are relying on the national cash-for-work program that guarantees 100 days worth of wages per household.

Skilled workers don’t want to do manual labor offered through the program, and even if they did, says Amitabh Kundu of RIS, many think of it as beneath their station. “There will be an increase in social tensions,” he predicts. “Caste may again start playing a role. It’s absolute chaos.”

* Uttar Pradesh, which received 3.2 million people, is compiling lists of skilled workers who need employment and trying to place them with local manufacturing and real estate industry associations. So far, the government says, it’s placed 300,000 people with construction and real estate firms.

* Bihar has placed returners in state-run infrastructure projects and hired others to stitch uniforms and make furniture for government-run schools, even as they waited in quarantine centers, said Pratyay Amrit, head of the state’s disaster management department.

* The eastern state of Odisha announced an urban wage employment program aimed at putting as many as 450,000 day laborers to work through September. Some 25,000 people have been employed, so far, under the scheme, G. Mathivathanan, principal secretary for housing and urban development said.

It’s not clear any of this will be enough to make a dent, says Ravi Srivastava, professor at New Delhi-based Institute of Human Development, adding that the states don’t have much of a track record on economic development.

“It was the failure of these states to improve governance and put development plans in place that led to the out-migration in the first place,” he said.

But officials and workers’ rights advocates see opportunity. Uttar Pradesh has established liaisons to encourage companies from the U.S., Japan and South Korea to establish manufacturing in the state. There and in Madhya Pradesh and Rajasthan, the government has made labor laws more friendly to employers, making it easier to hire and fire workers.

Modi, the minister from Bihar, said the migration may also give workers–historically a disenfranchised group–new power, particularly as urban centers struggle. “The way industries treated workers during the lockdown — didn’t pay them, the living conditions were poor — now these industries will realize the value of this force,” Modi said.

“In the days to come, labor will emerge as a force that can’t be ignored anymore,” he added. “That’s the new normal. We will work out how to ensure dignity, rights to our people who are going to work in other states.”

Bihar is due for elections by November, a vote that could be an early test of the mass migration’s political consequences. The state is currently governed by a coalition that includes Prime Minister Narendra Modi’s Bharatiya Janata Party. Amitabh Kundu, a fellow at the Research and Information System for Developing Countries, a New Delhi-based government think-tank, said migrant workers are likely to be angry voters.

“Chief ministers are telling these migrants that they will not have to go back for work,” he said. “But their capacity to do something miraculous in next four to five months is doubtful. If they can retain even one-fourth of the migrants, I would call it a success.” 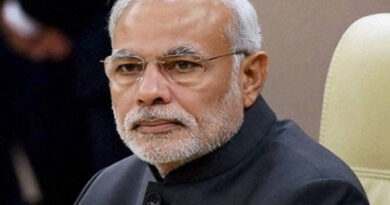