A soldier, who was injured during an encounter last week at Pulwama in Jammu and Kashmir, has succumbed to injuries, a defence official said Wednesday.

Naik Sandeep Kumar, who was injured in an anti-militancy operation on February 12 in Pulwama, succumbed at 92 Base Hospital here on Tuesday, the official said.

A local militant was killed and another soldier died in the encounter.

Army paid tributes to Naik Kumar at a solemn ceremony at Badamibagh here on Wednesday.

The mortal remains of the soldier were then sent to his native place in Haryana’s Faridabad, where his final rites will be performed, the official said. 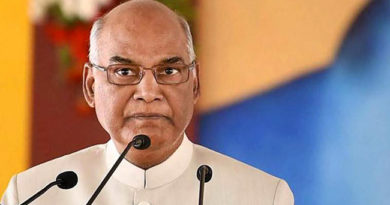