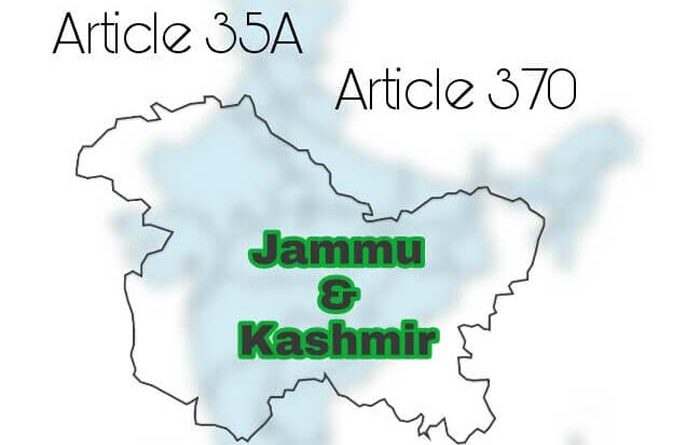 Showing grave concern towards the J&K State which is facing cross border terrorism for last three decades now, Vishawa Hindu Parishad (VHP) today said that the Abrogation of controversial Article 35 A and 370 which are top on its agenda may bring everlasting peace in the trouble -torn State and pave way for justice to the nationalist people who have been subjected to decades long discrimination.
“Abrogation of controversial Articles of 35 A and 370 with construction of Ram Mandir at Ayodhya and rehabilitation of Kashmiri Pandits with honour and dignity in Valley are the core issues of VHP and the organization will pass resolutions on these issues during its four -day long national conclave which started here today”, International general secretary of VHP, Milind Prande along with national spokesperson of the organization ,Ravi Shanker told reporters here, today.
He said the other issues on which VHP will pass resolution and urge the Union Government to settle them by respecting its poll promises made with the people of this country included deportation of Bangladeshis and Rohingyas who have illegally settled in the country. Kailash Mansarovar Yartra and Amarnath yatra will also form the part of debate during the four -day long meet of VHP, he added.
Prande said illegal settlement of Bangladeshis and Rohingyas, besides the forcible conversions made by Christian Missionaries are aimed at to imbalance the population of this country which will not be allowed at any cost.
He said these issues will be threadbare discussed in the meet and a formidable strategy be chalked out how to tackle them.
He said all top national leaders of VHP including its national president, Justice (retd) Bishnoji Kokerji, national working president, Alok Kumar, vice president, Champat Rai and national general secretary, Dr Surinder Jain besides the heads and other senior leaders of all states are attending the meet which is for the first time held in Jammu in 55 year long history of VHP.
On the issue of Ram Janambhoomi, he said only Ram Mandir will be constructed there and not mosque while expressing hope that Supreme Court will settle the case at an earliest. “VHP wants that temple be constructed at an earliest” he said in reply to a question.
While giving clean chit to Modi Government on some good work done by it including Gow Raksha (preservation of cows) and cleanliness of river Ganga, he urged it to also fulfill the other commitments immediately like abrogation of Article 370 and 35 A, construction of Ram Temple and resettlement of Kashmiri Pandits.
The VHP leader, while favouring hassle free Amarnath yatra said that his organization will do every thing for continuation of the holy pilgrimage. It was his organisation which in 1996 after the terrorists warned to attack yatra and Government had decided to stop it accepted the challenge and organized the yatra to holy cave. Later it also organised the Budha Amarnath yatra in Mandi, Poonch in 2008 to boost the morale of Hindus living in twin districts of Poonch and Rajouri districts, he added.
The VHP leader said that the issue of Delimitation of Assembly and Lok Sabha Constituencies in J&K will also figure in its session tomorrow and grant of eight seats to PoJK refugees out of 24 seats reserved for PoJK in the Assembly.
He however made it clear that PoJK is part of India which is under forcible occupation of Pakistan and it will be made part of India again to which nation is committed.
He said no political party can afford to ignore Hindus of India as the influence of the community is increasing day by day on the political set up of the country. 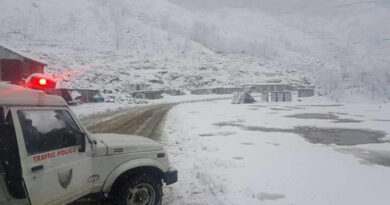 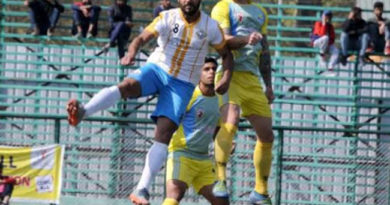 Trinamool MLA Tamonash Ghosh, 60, dies in hospital. He had tested positive for coronavirus in May