Accession day will be celebrated in all district head quarter:-Mankotia 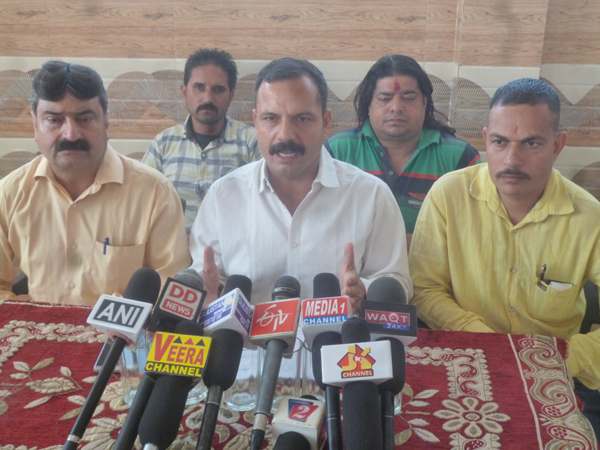 Balwant Singh Mankotia President Panthers Party today announced   in a press conference at Udhampur that Jammu Kashmir National Panthers Party will celebrate Accession day at all district head quarter of Jammu province from 17th of Oct. to 27th of Oct.

He said that motorcycle rallies will be organized at District head quarter by local party unit with tricolor to give strong message to the  antinational elements in the state through these rallies He  said that party will start Accession day rally from Poonch a border district on 17th of Oct. and Rajori on 18th Oct. ,Ramban on 19th,Doda on 20th ,Kishtwar on 21st,Kathua on 22nd,Reasi on 24th, Samba on 25th ,Udhampur on 26th ,and finally Jammu on 27th of Oct. which shall be attended by all all party leaders.

He added , “Panthers Party had been celebrating the Accession day just after its formation in 1982 on state level to  strengthen the relation between State and Centre but unfortunately centre fails to understand the sentiments of Nationalists people of the state who are always fighting against the Antinational ideology in the state and sacrificing their all interests for the Nation even than  central govt. always gave importance to antinational elements and  watches their interests only. He further revealed that 27th of Oct. has more importance than 15th August and 26th January specially for the people of the J&K State because its only 27thOct. 1947 when the people of State became integral part of India legally and constitutionally”