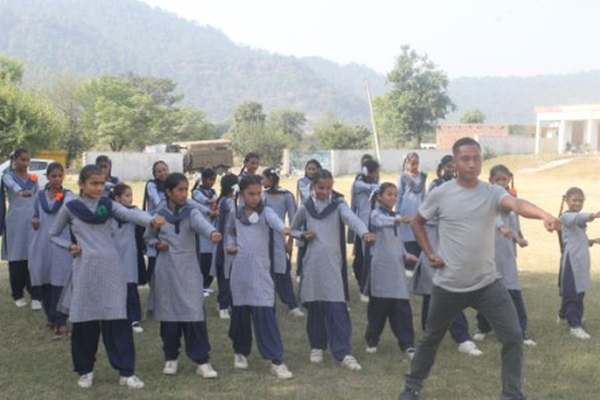 The Army has initiated a four week self-defence cadre for girl students from the border are of Nowshera in Rajouri District.

According to Defence Spokesman, “A total of 58 girl students in the age group of 11 to 14 are participating in the course which aims at developing self-confidence apart from making them physically robust and psychologically empowered”.

The course would not only enable the girl students to master the art of hand-to-hand combat and various techniques of martial arts but also inculcate in them a fighting spirit and the ability to face challenging times with courage.

This is not the first time that the forces have come together to empower women on their safety, the Army has conducted similar cadres for the girl students earlier which met with an emphatic response.