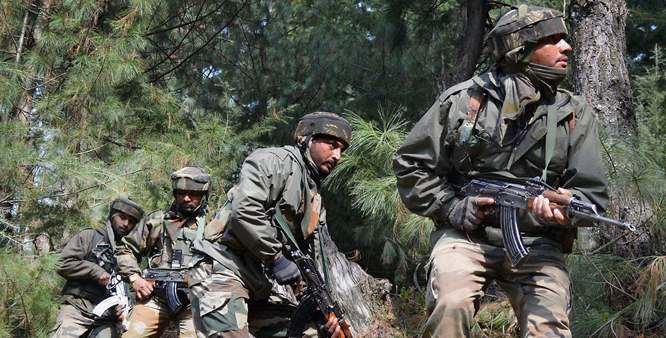 Eyewitnesses from across the LoC have confirmed brief but intense firing during India’s surgical strikes of September 29 and how the bodies of those killed were loaded onto trucks for secret burial, according to agencies report.

According to the report, the eyewitnesses were contacted through their kin on the Indian side and the communication took place through a “commercially available encrypted chat system”. Their accounts corroborate what India has maintained on the strikes — which Pakistan denies.

Not revealing the identities of the eyewitnesses, the report said detailed account of the strikes came from two witnesses who visited Dudhnial, a small hamlet around four kilometers from the Line of Control (LoC).

The eyewitnesses reported seeing a gutted building across the Al-Haawi bridge from the hamlet’s main bazaar, where a military outpost and a compound used by the Lashkar were both sited, said the report.

Al-Haawi bridge is reportedly the last point where infiltrating groups are loaded with supplies before beginning their climb up to the LoC towards Kupwara in Jammu and Kashmir.

Eyewitnesses also said they heard a loud explosion but did not come out to see what was going on.

The report also said five to six bodies were loaded on to a truck early next morning and possibly transported to the nearest major Lashkar camp at Chalhana.

Another eyewitness was quoted as saying that the Friday prayers at a Lashkar-affiliated mosque in Chalhana ended with a cleric vowing to avenge the deaths of men killed the previous day.

The Lashkar men also blamed the Pakistan Army for failing to defend the border.

The report, however, added that the number of casualties were lower than the figure of 38-40 attributed to officials is some reports.

Leepa, a complex of some 25 hamlets located at the bottom of the Qazi Nag stream flowing down from the mountains above Naugam, on the Indian side of the LoC, was among the “launch-pads” targeted in the cross-LoC raids, one eyewitness said.

Though the eyewitness was unable to visit this area, he said he spoke to villagers who had seen a Lashkar-occupied, three-storied wooden building destroyed by Indian troops near the hamlet of Khairati Bagh, the report said.

Quoting local residents, the eyewitness said “three-four” Lashkar operatives were thought to have been killed, while others fled into the adjoining forests.

Fire and explosions were also heard from the east bank of the Neelum river in Athmuqam, the district headquarters of the region.

The fighting, as per the report, appeared to have taken place near military camps along the Katha Nar stream that empties into the Neelum river just north of the town. A bustling town that serves as a hub for tourism and commerce, Athmuqam is also a major military hub.

The ghost villages of Bicchwal and Bugna, almost entirely abandoned by their residents who fled when the long jihad in Kashmir began in 1990, are barely two kilometres from Salkhanna, the first village on the Pakistan side of the LoC, and the last loading point for jihadist infiltrators.

An eyewitness who visited the Neelum District Hospital in Athmuqam was meanwhile quoted as saying he had heard of several Lashkar personnel being killed and injured in the surgical strike but said no bodies had been buried locally.