Fierce encounter  on between fidayeen and forces 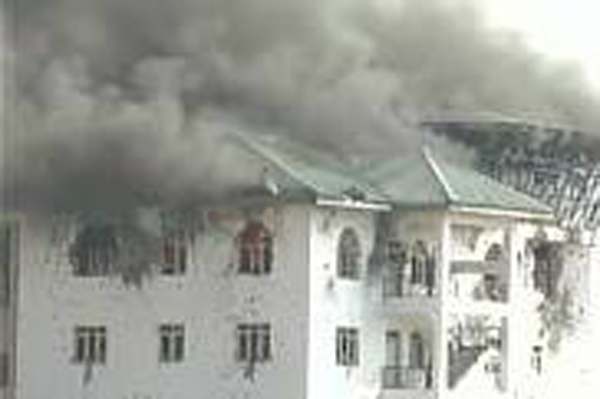 A heavily armed  group of militants has launched a fidayeen attack at a government building in Pampore area  early this morning   spurring a  fierce encounter .

“ It is a fidayeen attack,”  a senior  police officer told  the JKNT . He said that this group had been on  look out for its targets in the capital city of Srinagar, finally  they entered  EDI complex and entered a multi-storey building .

Fierce encounter is going on between the security forces and  the holed up terrorists .  The army and CRPF have cordoned off the area.

The police suspects it to be a Lashkar or Jaish-e-Mohammad group .

“ The terrorists are four to five in number . The forces are trying to neutralize them.”.

Earlier, in February this year this was the place where a 72-hour encounter had left four army jawans, including two para  commandos dead. All the four  terrorists were also neutralized.