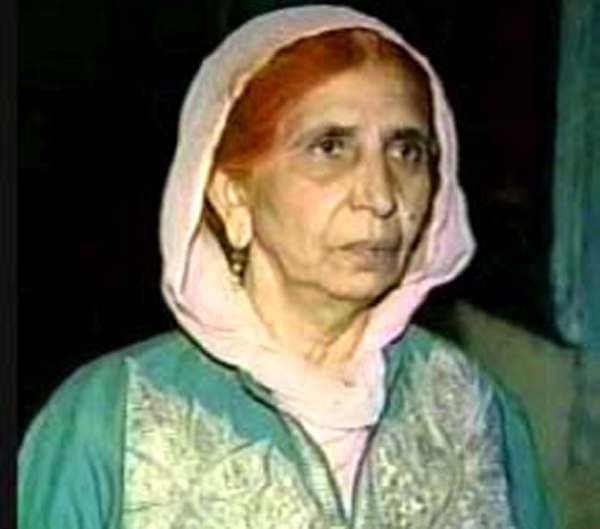 JK New Today
Srinagar, Oct. 26
Legendary Kashmiri singer and Padma Shri awardee Raj Begum died here today at the age of  89 years leaving many music lovers of the Valley berieved.
Expressing her heartfelt condolences Shamim Dev Azad said, “I was stunned to learn that death has laid its cruel hands on the melody queen of Kashmir Raj Begum.”
Shamim, wife of Ghulam Nabi Azad, former Chief Minister of Jammu and Kashmir and leader of Opposition in  Rajya Sabha said, “I knew Raj Begum from my childhood and it is she who has been my inspiration in the field of music.”

She further expressed her heartfelt grief on the passing away of Raj Begum and also expected her bereaved family to have courage to bear this loss.  “Raj Begum will be remembered for decades to come” said Shamim Azad.

Raj Begum breathed her last at her daughter’s residence in Chanapora area of the city, officials said. She is survived by two sons and a daughter.
Raj Begaum was awarded Padma Shri in 2002 and Sangeet Akademi award in 2013. She was also bestowed with State award by the state government in 2009.Raj Begum’s captivating voice has ruled generations of Kashmiri music lovers. Starting off as wedding singer, she gradually rose to become one of the most powerful female voices of Kashmir.