‘Kashmiri separatists only kind of leadership out to destroy their own people” : Naeem 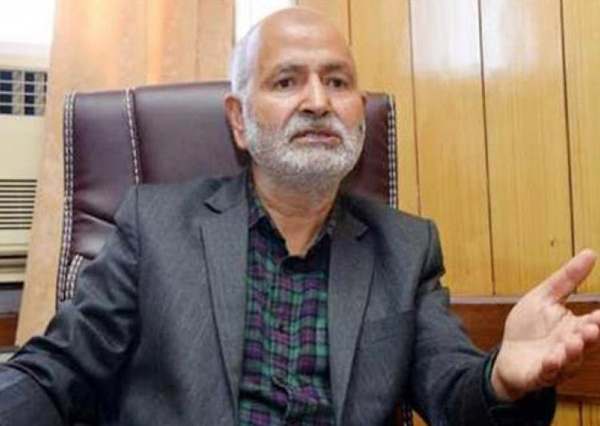 In a hard-hitting  statement, Akhtar said that those saying that government decision to hold exams has forced students to torch the educational institutes should go for a self-introspection. He said at many places students have been at the forefront of saving the schools and it is out of question that students would have taken such a reprehensible step.

Akhtar said by conducting the examinations, the government is not trying to invent or impose anything new in the academic arena of the State.  “We are only trying to safeguard the career of lakhs of students, whereas separatists with their shutdown calls are trying to destroy their academic career,” he said.

“In reality it is the examination time of leaders like Mohammad Yasin Malik who is now facing questions from the people over the way they are pushing Kashmiris into perpetual economic and academic disempowerment,” said Akhtar. “They started the era of destruction and are now trying to distance themselves from it and finding an escape route,” he said.

Regarding unfortunate burning of schools, Akhtar said that it is the same people who are promoting the looting banks, torching of shops and vehicles, stoning innocents, intimidation of citizens, who are responsible for burning the educational institutes. “One doesn’t have to research for the source of this huge conspiracy against the hapless people of Kashmir.  It is those people who have created this tirade against education, because they see it as a threat to their vested interests,” he said and added that no inquiry is needed to find out who is behind all this.

Akhtar said that separatists have mounted a tiger and are now trying hard to keep the conflict going. He said that in the initial phase Yasin Malik and others were at the forefront of driving the shutdowns but now they have distanced themselves and thrown the ball solely in the court of Syed Ali Shah Geelani. “Burning of schools is one of the ploys to keep the fire burning,” said Akhtar.

Akhtar said that Yasin Malik should clarify whether he is with militancy or non-violence. “Malik is famous for saying that he was inspired by Gandhiji when he announced ceasefire and abandoned his path to martyrdom whereas he is promoting others to do so and continues to glorify violence,” said Akhtar.

“Now I want to ask him whether he stands with violence or Gandhi Ji’s principles of non-violence. Has he again changed his thoughts?”

The Education Minister appealed the people from all schools of thought to keep the education conflict-neutral. “Just see Palestine or the recent happenings in Aleppo, Syria. Their schools are never shut even if there is bombings, killings and full-fledged war. They know that education is the key and in no way they can stop education. Compared to that Kashmir is a peaceful region, except for the insecurity caused by the hartal politics being promoted through stone-pelting and intimidation,” said Akhtar. “In Kashmir too we faced unfortunate deaths for which all of us are heartbroken and pained, but for saving the future generation education has to go on.”

Akhtar said that education is the solution to all the problems. “The revelation of Quran started with Iqra meaning to read. Nobody should deny the power of education and doubt its capability to take humans to heights of peace, prosperity and ultimate salvation,” said Akhtar.

“What is our politics, we will continue to do it, but for the sake of our children let us not drag education into it.”

Akhtar lashed out at separatists for pushing Kashmiris back to stone-age. “Our youngsters had established the start-ups, new avenues were being created and now everybody is fleeing from Kashmir. Our separatist leaders who claim to be the well wishers of the people must be the only leadership of its kind who are hell bent on destroying the Kashmiri society. They asked well off people to live on the doles of neighbors and Bait-ul-Maals. In an ideal situation the leaders strengthen the nations, but here it is reverse,” said Akhtar. “Education falls into the same pattern. They are hell bent to destroying Kashmir’s literary progress,” he said.