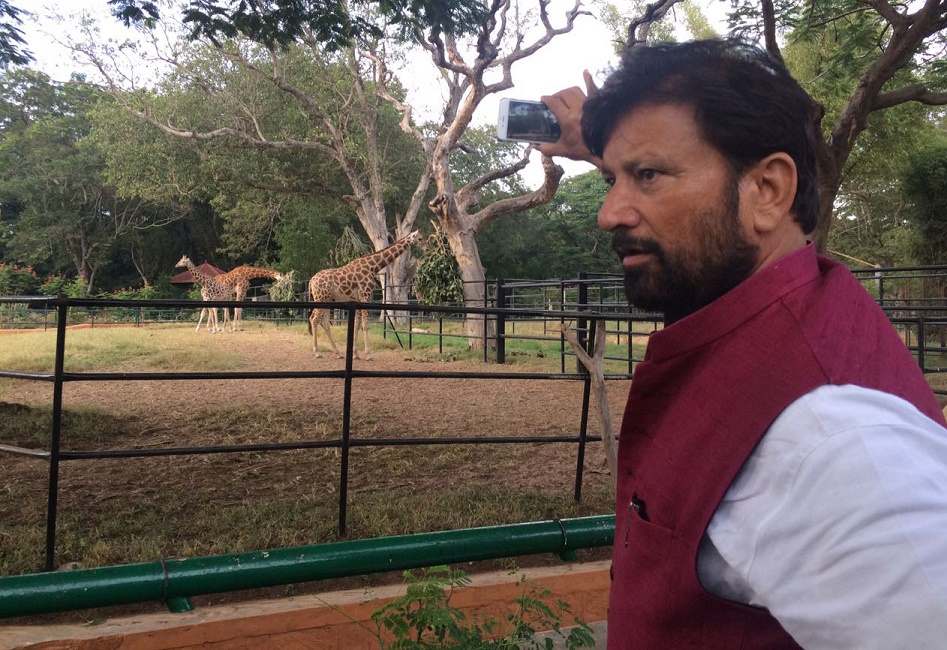 The Minster had a detailed interaction with the officers and staff of these animal and bird houses about the infrastructural and diet facilities being provided to animals and birds there. He visited Children Park at Guindy, Crocodile Park and Butterfly Park at Anngar Anna Zoo, Vandaloor Chennai.

Chief Wildlife Warden Tamil Nadu apprised the Minister about facilities and infrastructure including diet being provided to the housed species (animals) at Children parks and Crocodile parks.

Interacting with the officers of wildlife department of Tamil Nadu, the Minister informed that the J&K Government has also plan to establish a Jambu Zoo with an estimated cost of Rs. 120 crore at Khanpur Nagrota over 5000 kanals of land. He said the place would be developed on modern lines with  all required infrastructural facilities where the animals will be kept in moats and not in cages so that the visitors can see the animals in natural environment. He said that the prestigious project will also have several facilities of tourist attraction like interpretation centre, parking lots, cafeteria, rest house, battery cars and zoo safari.