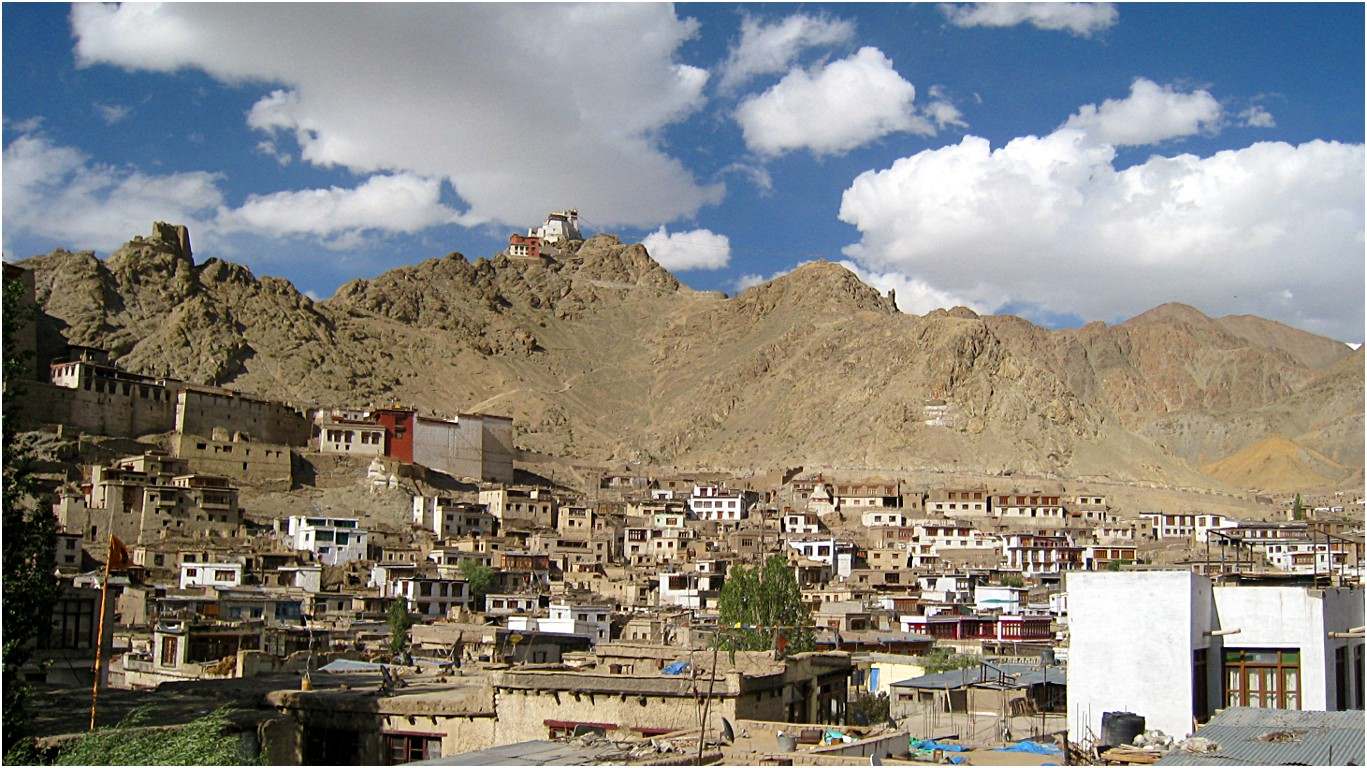 Leh, October 3  All Ladakhis today joined hands and  asked the visiting Union Home Minister Rajnath Singh in one voice that they wanted Ladakh to be declared as  Union Territory status as the “ Kashmiri rule” was suffocating them and had halted the development and progress of the region.

In a rare moment of unity heads of all the political parties – ideologically  poles apart- BJP, National Conference, PDP, Congress- and community leaders of Buddhists, Muslims, Christians  , reminded the Home Minister of his promise made during parliamentary elections in  2014 that the region would be granted  UT status. Rajnath Singh had said that the Article 370 that grants special position  to Jammu and Kashmir  was a hurdle and it would be removed.

However, nothing happened on the issue I n the past over 30 months  since the parliamentary polls were held.

The leaders in a memorandum said that the region  should be granted the UT status and also the legislature so that it could take care of its affairs in a better manner and fulfill the  needs of rthe people of the region, who were feeling neglected and  suffering from acute backwardness.

The memorandum also reflected on the  situation in  Jammu and Kashmir, the memorandum  said, it makes it imperative  for the Government of India to keep the peaceful region away from the violence and troubles that the Valley  is experiencing because of its volatile protests.

“ We want to stay peaceful and live a peaceful life . The Kashmir situation was affecting us too as the state government had become dysfunctional  and the region was not getting due attention nor the funds for its development.”