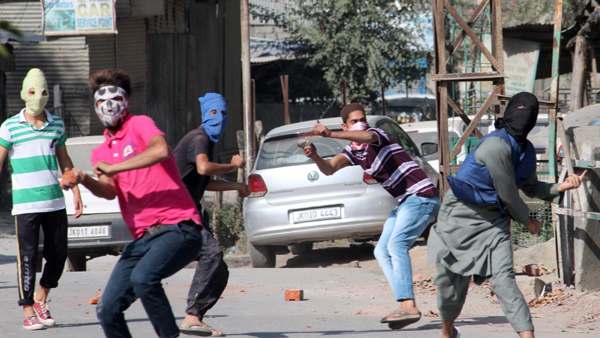 JK News Today
Srinagar, October 16:
A group of youth appeared on Srinagar-Muzaffarabad highway near Lawaypora area of Srinagar today and smashed dozens of vehicles “for defying strike call of separatists”.

The Youth with masked faces threw stones on vehicles and damaged many of them near Ziarat Syed Ahmad Shah Kirmani (RA), at Lawaypora.

They also smashed window panes of the vehicles plying on the highway.

Pertinently, private transport has started moving on roads after many days despite the strike calls of separatists.