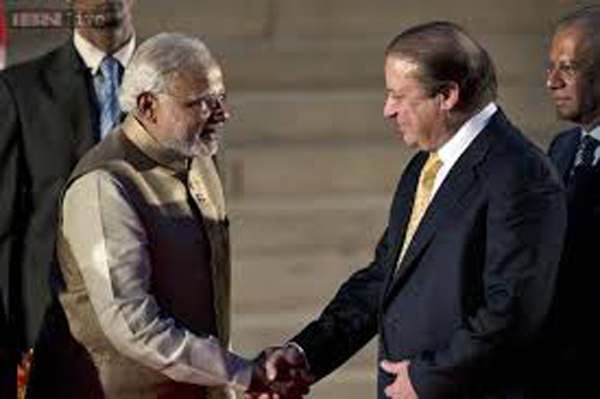 WASHINGTON: The US is playing a “positive role in pushing and prodding India” to lower tension and start dialogue with Pakistan, Prime Minister Nawaz Sharif’s envoy has said.

“We feel that the US has a positive role in pushing and prodding India to lower the temperature and start talking to Pakistan rather than talking at Pakistan,” Special Kashmir Envoy of Sharif, Senator Mushahid Hussain Syed told PTI at the conclusion of his five-day trip to the US.

“One expression of that was the phone call initiated by Ajit Doval, National Security Advisor to Prime Minister Narendra Modi and there has been a follow up phone call. The purpose of those phone calls was to defuse tension,” said Sayed, who was here with Shezra Mansab, another Kashmir Envoy.

He said Modi is “not from the Indian Delhi establishment, where you have unsmiling crusty old men who are always sulking and who are stuck in old cold war mentality, as he is an outsider.

“I feel that there would be SAARC Summit in Islamabad. Mr Modi will come there. And he would embrace Mr Nawaz Sharif. I think, Modi would realise that this is the way forward,” Syed added.
“Mr Modi has the capacity to spring a surprise. One good thing about him is that he is flexible enough to do U turns. So I expect a good U turn probably in the coming months in our relations and we might see pleasant surprise in relations with South Asia, because Mr Modi and Mr Sharif have a good rapport and I think, Mr Modi is preparing his people for this U turn.
“Because he (Modi) realises that two important core interest of India are linked with that. Number one relationship with Pakistan and the Kashmir conflict are the biggest impediment in the rise of India. India wants to rise, they want to be on the high table, Nuclear Suppliers Group, UN Security Council. No, till you have better relationship with Pakistan,” Syed said.
Syed warned that a war with Pakistan would push back Indian economy by 10 years, which he said Modi does not want.
“He (Modi) cannot afford. This raising of tension would be devastating, debilitating and damaging for India. We do not want to respond to war rhetoric (coming from India) by war rhetoric. We are not responding to India in its tone. We still want peace,” Mansab said.