One killed, 12 injured in Banihal accident 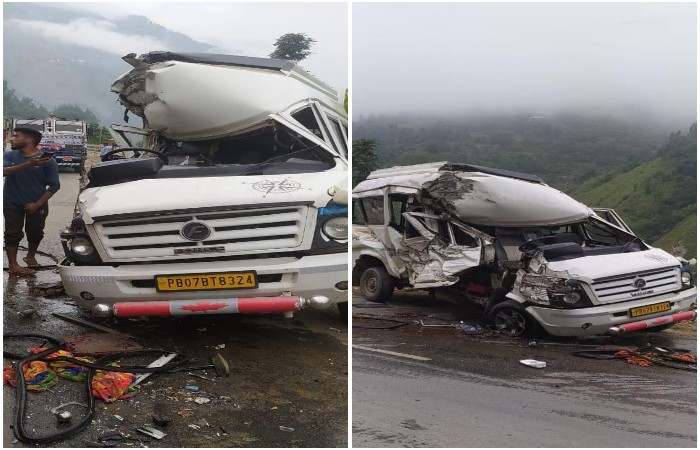 One person died and 12 others were injured on Monday in a head-on collision between a truck and a tempo traveller in Jammu and Kashmir’s Ramban district, police said.

The incident took place at Chamalwas Khatana Basti at around 6am.

Ramban SSP P D Nitya said, “The mishap occurred when the trucks lost control and hit the tempo traveller coming from the opposite direction. It was on the way to Jammu from Srinagar.”

“Twelve people were injured in the mishap. The passengers travelling in tempo were labourers from Uttar Pradesh’s Bijnore,” the SSP said.

Ten people among the injured hail from UP. They are undergoing treatment at the hospital.

According to the SSP, a case under relevant sections of the Indian penal code (IPC) has been registered at Banihal police station and further investigation is on.