Pak leader asks, “ why  action is not being taken against Hafeez Saeed” 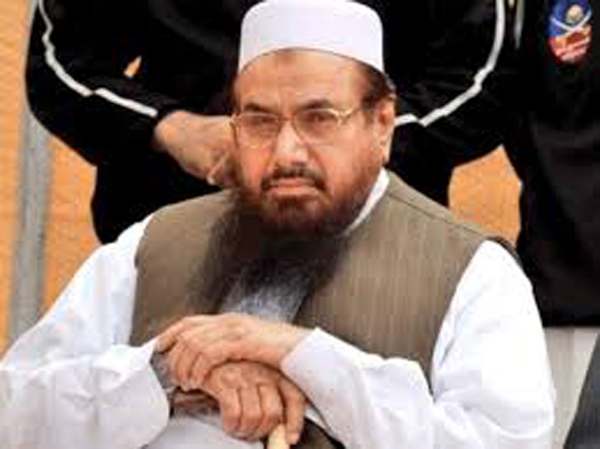 This was said during a briefing on Thursday that was centred on discouraging non-state actors.

During a meeting of the National Assembly Standing Committee on Foreign Affairs, PML-N lawmaker Rana Muhammad Afzal asked, “Which eggs is Hafiz Saeed laying for us that we are nurturing him?”

He also said, “Efficacy of our foreign policy speaks for itself when we couldn’t curtail Hafiz Saeed.”

“India has built such a case about the JuD chief that during the meeting on Kashmir, foreign delegates mention him [Hafiz Saeed] as the bone of contention between Pakistan and India,” he maintained.

It was  reported by Dawn newspaper.

Rana recalled a recent trip to France, where he had been tasked to explain the worsening situation in Kashmir, and said that the name of Hafiz Saeed was brought up time and again by foreign delegates.

The lawmaker said that although he had rarely heard about Hafiz Saeed during his 25 years in politics, but Saeed was considered a notorious character in international circles. He questioned whether Hafiz Saeed was good or bad for the Kashmir cause.

Rana said that although the government’s stance on Kashmir is correct, banned outfits were a source of embarrassment for the country.

It was reported in Dawn newspaper on Thursday that state policy on non-state actors was discussed in a high-level security meeting between civilian and military leadership.

In an unprecedented warning, the civilian government has informed the military leadership of a growing international isolation of Pakistan and sought consensus on several key actions by the state.