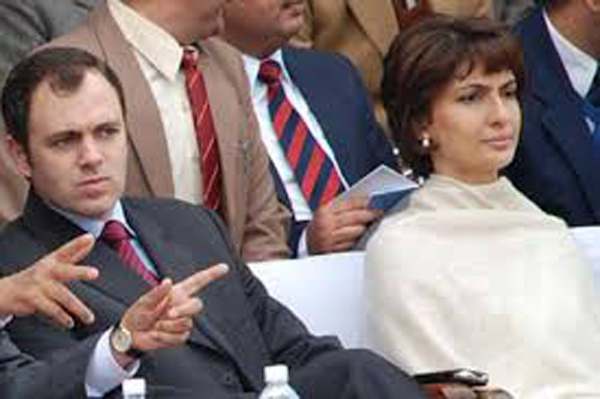 Former Chief Minister  Omar Abdullah’s  wife  Payal Abdullah has  moved the  Delhi High Court  asking for government accommodation in Delhi in view of  security threat to her and their two sons.

Payal had been putting up in 7 Akbar  Road, which was allotted in the name of Omar Abdullah,  but she was made to vacate the house in  August following single bench’s order that she was not entitled to the government accommodation .

Omar  and Payal had been living separately for almost four years now . But  Omar’s plea seeking divorce from her  was rejected by the marriage court in Delhi as it found no substantive grounds in his allegations against her.

Payal claimed that she needed government accommodation for her and her sons on the ground that they enjoyed ‘Z’ and ‘Z plus’ security status.

A bench of Chief Justice G Rohini and Justice Sangita Dhingra Sehgal issued notice to the Centre and sought their response on her appeal challenging a single judge’s August 19 order asking her to vacate the 7 Akbar Road bungalow in Lutyen’s Delhi that she was residing in.

In her appeal, she has sought a direction to the Centre to provide her and her sons with accommodation on parity with others who enjoyed similar security status and have been given government accommodation.

In her appeal, she has contended that the August 19 order of the single judge mentioned no date and time of eviction and “hence the very act of summoning and pressing into service of armed public auxiliary/servants of different forces” for giving effect to the order was in violation of The Public Premises (Eviction of Unauthorised Occupants) Act.

She has contended that under the Act, possession of a public premises cannot be taken after sunset, whereas she and her sons were evicted on the evening of August 22.