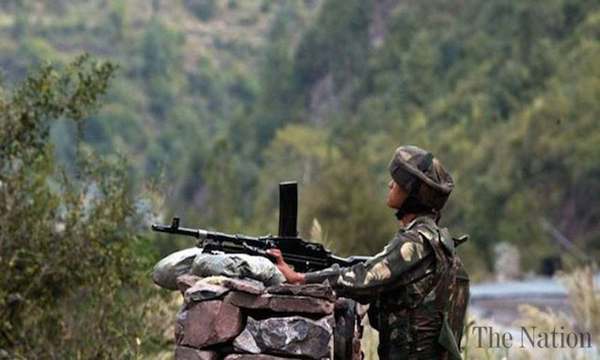 A Pakistani spy was arrested from Jammu and Kashmir’s Samba district for passing on vital information regarding deployment and movement of security forces to Pakistan.

Two Pakistani SIM cards and a map showing deployment of security forces was recovered from his possession.

“Based on information received from Military Intelligence on involvement of one Bodh Raj of village Changiia of Jammu district for his espionage activities and passing on vital information regarding deployment and movement of security forces and Army to Pakistan, a special search operation was launched in Ramgarh sector of Samba,” SSP, Samba, Joginder Singh said.

During the search operation, Raj was found roaming in suspicious circumstances in Jerda village close to the International Border (IB) and tried to escape on observing the movement of the police party, the SSP said.

“Police chased him and later he was arrested,” he said.

Two Pakistani SIM cards, one map showing deployment of forces, two Indian made mobile phones and one memory card besides Rs 1711 were recovered from his possession, the SSP said.

A case has been registered against the accused under Section 13 of Unlawful Activities (Prevention) Act and the Official Secrets Act, SSP said.

As per initial interrogation, he had made markings of various spots on the map and security agencies are jointly investigating the matter.