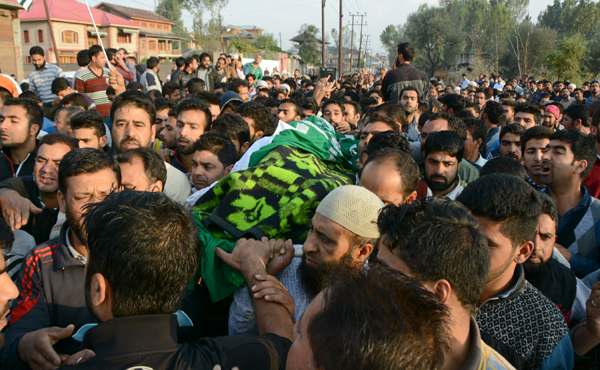 In the continuing cycle of violence in Kashmir , one more teenager  died in the clashes with police in downtown Srinagar early this morning, raising the death toll to 87.

The death of Junaid Ahmad, a 13 year old boy who was hit by teargas shells  in the post-Friday congregational prayers , succumbed to his injuries  at Sher-e-Kashmir Institute of Medical Sciences  early this morning . 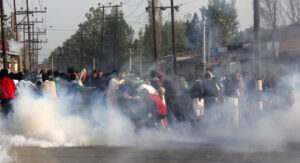 His death has fueled more tension in Srinagar city and rest of Kashmir  which is already witnessing  a fast moving cycle of violence  despite the  security forces and police putting up  several plans into action  to  contain the stone throwing protests. These protests escalate and go in for major violence  package  on Fridays.

On Friday separatists had given a call for UN chalo- that is the march up to the office of the United Nations Military Observer Group  for India and Pakstan, a relic of the 1948 ceasefire between India and Pakistan  following the Indian forces’ move to repulse the Pakistan sponsored tribes men’s invasion of the Himalayan state.

The authorities have imposed curfew in several places in Srinagar  as a precaution , but the level of tension is very high.