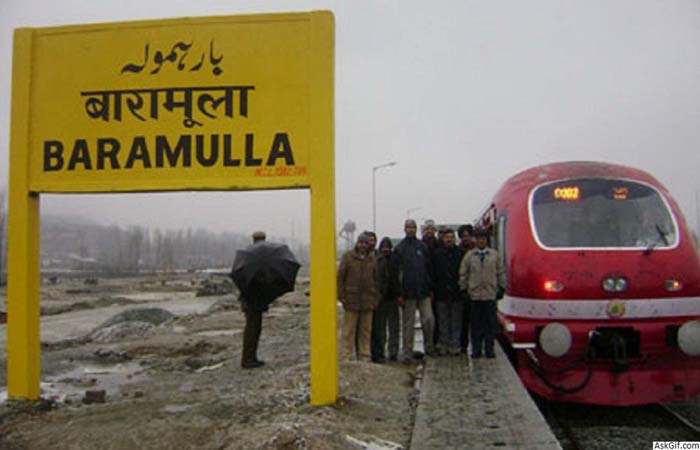 Train services between Baramulla and Banihal remained suspended for the second day on Thursday in order to curtail the spread of COVID-19 during heavy rush expected on the occasion of Eid-ul-Adha festival.

Official sources said that no train run was allowed on Budgam-Baramulla and Budgam-Banihal routes for the second day today.

The decision to suspend the train service has been taken keeping in consideration the safety of passengers, they added.
The train run will resume on Friday on the track, they added. In the past too authorities have suspended train runs on Baramulla-Banihal track during the festivals, particularly on Eid-ul-Fitr and Eid-ul-Adha, to prevent damage to the railway property besides accidents.

On these days people, mostly youths, travel on rooftops of trains besides indulging in clashes and stone pelting.

Besides this during encounters train services have being suspended on this route in the valley, particularly in south Kashmir. Train service on 137-km-long Banihal-Baramulla route, comprising 17 stations, was suspended on May 10 to curtail the spread of COVID-19 cases.

However, train service on Budgam-Baramulla route was partially restored on July 14 after remaining suspended for over two months. The development had come a fortnight after partial train services was allowed on Budgam-Banihal route in view of significant decline in the number of COVID-19 cases in J&K.

The railway service on Baramulla-Banihal track was partially resumed on February 22 this year after remaining suspended for over 11 months due to corona pandemic.

The railway authorities had ordered suspension of train services between Banihal and Baramulla in the Kashmir division in March last year in view of the outbreak of COVID-19 pandemic in the Union Territory.

The service was initially suspended till March 31. But, the duration of suspension was extended several times due to no dwindling of COVID-19 cases.

In order to make train journeys in Kashmir valley comfortable and exciting, the Northern Railways in 2018 introduced the first Air-Conditioned train fitted with a glass-rooftop and bigger window panes for sightseeing.

However, the full-fledged operation of the special coach was not possible, first due to unrest post abrogation of special status of J&K on August 5 in 2019 and later due to COVID-19 pandemic in 2020.

Train service has become very popular in the valley since it is safe, fast and cheap as compared to other mode of transport available in the valley.