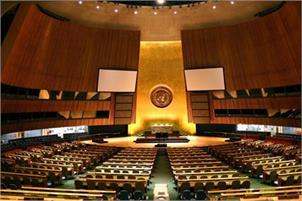 United Nations, Sep 30 (PTI) Concerned over the tensions across the LoC, UN Secretary-General Ban Ki-moon’s top aide has asked India and Pakistan to exercise restraint and resolve their differences peacefully.

In the wake of the surgical strikes conducted by India targeting seven terror launch pads across the LoC, Ban’s spokesperson Stephane Dujarric said the UN is “obviously following this situation with great concern” relating to the increase of tensions across the Line of Control.

“The UN Military Observer Group for India and Pakistan, UNMOGIP, is aware of the ceasefire violations and right now is liaising with the concerned authorities to obtain further information,” he told reporters yesterday.

He said the United Nations calls on the governments of India and Pakistan to “exercise restraint and encourages them to continue their effort to resolve their differences peacefully and through dialogue.”

When asked about the SAARC summit, which was slated to be held in Islamabad in November, Dujarric said he “had not seen the reports of the cancellation of the SAARC summit.”

India has said it will not participate in the summit citing the continuous cross-border terrorism by Pakistan.

After India’s announcement, Afghanistan, Bangladesh and Bhutan too decided not to participate in the summit, citing incitement of terror in the region.

The seven terror launch pads across the LoC were targeted by the Indian Army on the intervening night of September 28 and 29 in a nearly five-hour-long operation during which heliborne and ground forces were deployed.

The strike came just days after the attack by Pakistan- based terror outfit JeM on an Indian army camp in Uri in Kashmir that killed 18 soldiers.

The UN has long maintained an institutional presence in the contested area between India and Pakistan.

According to the Security Council mandate given in resolution 307 of 1971, the UNMOGIP observes and reports on ceasefire violations along and across the LoC and the working boundary between the two neighbours in Jammu and Kashmir, as well as reports developments that could lead to ceasefire violations.

India has however always maintained that UNMOGIP has “outlived its relevance” and has “no role to play whatsoever”.

Internationalizing the Kashmir issue, Pakistan Prime Minister Nawaz Sharif raised the matter with almost every world leader he held bilateral talks with on the sidelines of the 71st session of the UN General Assembly.