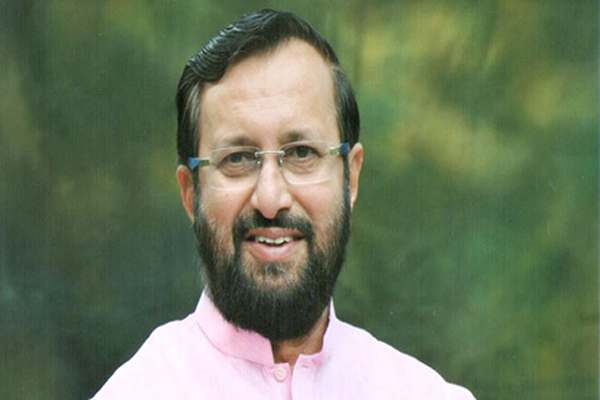 Agencies
New Delhi, Oct. 14:
HRD Minister Prakash Javadekar on Friday rejected National Conference leader Omar Abdullah’s charge of “partisan politics” over the move to set up an Indian Institute of Management (IIM) in Jammu region.
After the union Cabinet announced the decision on Thursday, Abdullah accused the PDP-BJP government of pursuing “blatant partisan politics” and ignoring “balanced regional development in Jammu and Kashmir”.
On Friday, Javadekar enumerated the Narendra Modi government’s initiatives taken for the benefit of students in the Kashmir Valley.
“Better not to politicise education Omar Abdullah. You know there will be off campus of IIM in Kashmir Valley,” Javadekar said.
The Rs 62 crore IIM will have a temporary campus in Jammu till 2020, with an out-campus to be set up in the valley later.
“The Centre has sanctioned Rs 100 crore for NIT Srinagar modernization. You (Abdullah) should help academic session to begin soon there,” he said, in an obvious reference to the continuing shutdown in the valley.
“The Centre has granted Rs 50 crore for seven girls hostels in Jammu and Kashmir, of which three will be in the valley.
The minister also said the Centre had increased super numerical quota from 2 to 10 for Jammu and Kashmir students in the current year.
“You Omar Abdullah should have helped streamlining the Prime Minister scholarship which was mismanaged through 2011-14,” he said. Abdullah was the Jammu Kashmir Chief Minister during the period.
Abdullah hit back: “Thank you for your tweets but none of them address the inherent imbalance of your decision regarding IIT and IIM.
“Sir, according to you, the whole country was mismanaged from 1947 to 2014 and you are too senior to me in age for me to argue with you,” added Abdullah.