The high court order came on a petition by three JNU professors who were injured in the January 5 attack.

The Delhi High Court on Tuesday directed the police to summon all the members of the two WhatsApp groups linked to violence on the campus on Jawaharlal Nehru University (JNU).

The high court order came on a petition by three JNU professors who were injured in the January 5 attack. Ameet Parameswaran, professor at the School of Arts and Aesthetics, Atul Sood, professor at Centre for Study of Regional Development, School of Social Sciences, and Shukla Vinayak Sawant, a Professor at School of Arts and Aesthetics said in their petition that the attacks were “premeditated” and “coordinated”, planning for which had been done on various WhatsApp groups.

Two such groups – Friends of RSS and Unity against Left – were used to mobilise the protesters, the professors said their petition.

The petition further said that after the violence, highly disturbing videos and screenshots emerged across media and social media, in particular on WhatsApp, that further point to the premeditated nature and conspiratorial nature of the attack.

The Delhi High Court directed WhatsApp and Google to preserve the data according to their policies. Replying to the court, the counsel representing WhatsApp said that the company doesn’t save the messages on its server and that those can be availed only through the members.

After this argument, the court asked the police to summon all the members of the two WhatsApp groups and seize their phones.

The court had on Monday issued notices to WhatApp, Google and Apple seeking their responses on the petition filed by the three professors. 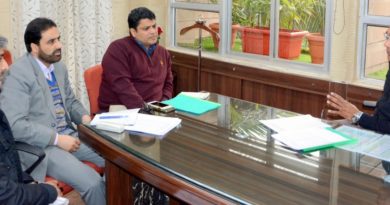