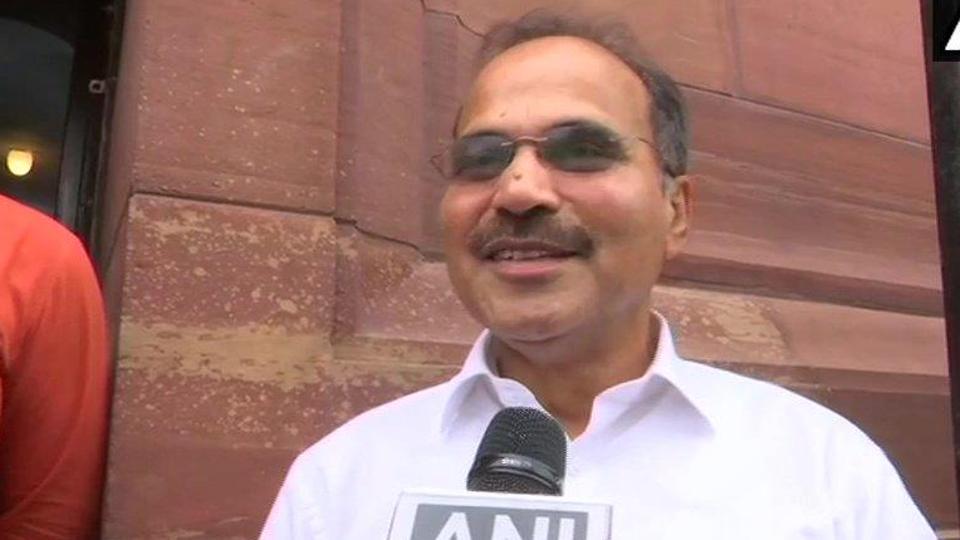 In a series of tweets on the arrest of JK Police DSP Davinder Singh, Congress leader Adhir Ranjan has said “enemies of the country” should not be spared, irrespective of their social background.

Opposition leader Congress’s Adhir Ranjan Chowdhury has asked what if Jammu and Kashmir Police DSP Davinder Singh was a Muslim.

In a series of tweets, Adhir Ranjan has said “enemies of the country” should not be spared, irrespective of their social background.

“Had Davindar Singh by default been Davindar Khan, the reaction of troll regiment of RSS would have been more strident and vociferous. Enemies of our country ought to be condemned irrespective of Colour, Creed, and Religion,” the Congress leader has said.

J&K Police DSP Davinder Singh was caught on Saturday while he was transporting two Hizbul Mujahideen terrorists in South Kashmir.

The tainted senior police officer has been part of several controversies and has had a tainted past. He was also named by Parliament attack mastermind Afzal Guru as a key operator in the attack.

The Congress leader has further said, “The chink in the armour is exposed in the valley much to the consternation of us, we cannot afford ourselves to be penny wise and pound foolish.”

“Now question will certainly be arisen as to who were the real culprits behind the gruesome Pulwama incident, need a fresh look on it,” said Adhir Ranjan Chowdhury.

Reacting to Adhir Ranjan’s “Davinder Khan” remark, Surjewala said it is not about someone’s religion.

“With the arrest of Davinder Singh, a fresh question arises of who was in-charge of security during the Pulwama terror attack and what is his connection to the Parliament attack,” asked Surjewala.