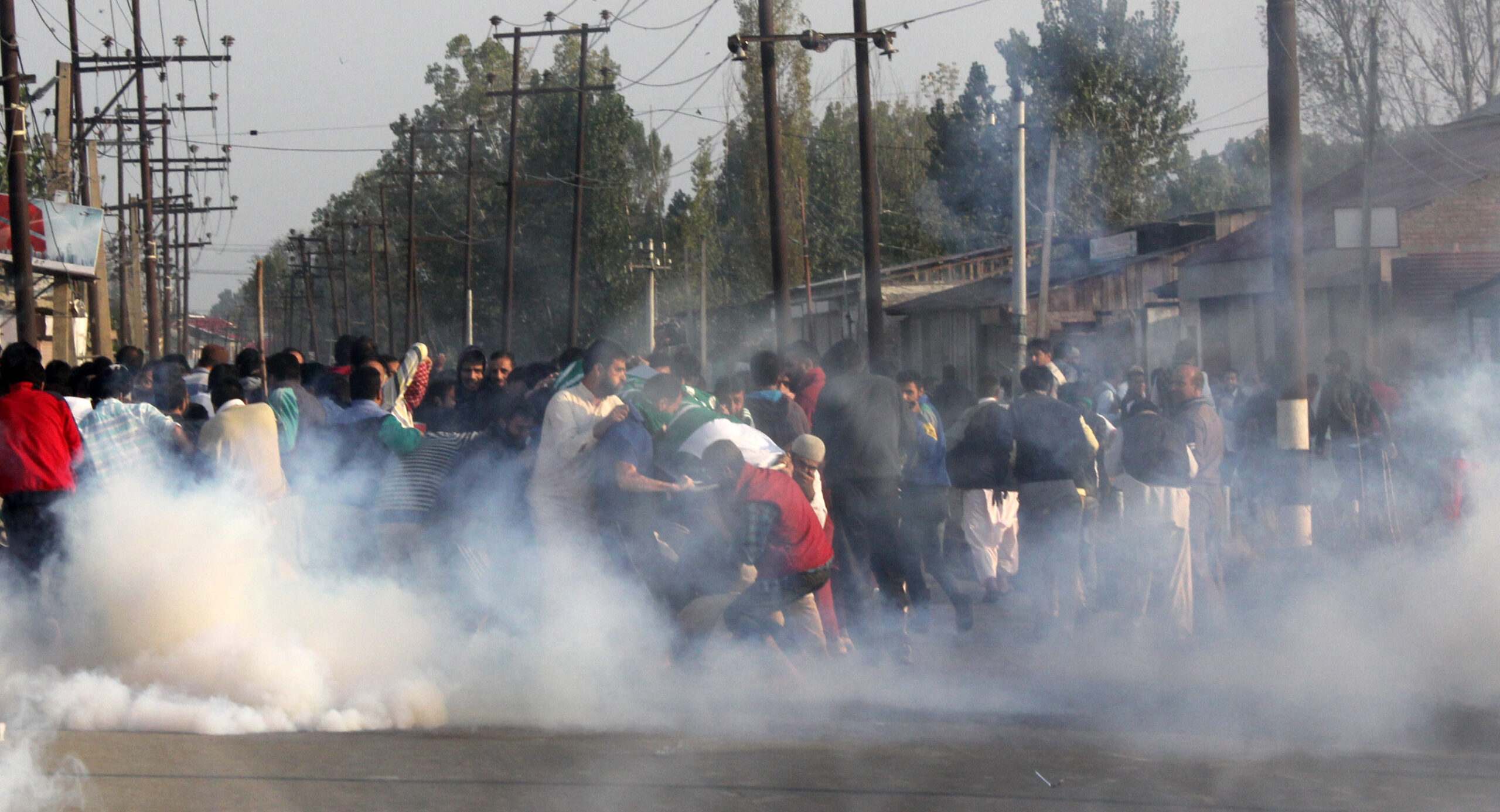 At least 12 persons were injured in clashes with security forces in Pulwama district in south Kashmir on Friday, even as the Chief Minister yet again appealed for peace on Jammu and Kashmir POlice Commemoration day.
Reports and witnesses said that clashes erupted in Tral, Tahab, Newa, Nikas, Koil and Dalipora villages of the district after congregational Friday prayers.

Six persons each were injured in clashes in Tral and Tahab, they said.
Protests were also held in Kareemabad and Kakapora area of Pulwam district and Shangus in Anantnag.
Clashes were also reported from Khudwani in Qaimoh area of Kulgam district.