Multiple blasts were reported in Sri Lanka on Sunday morning at three churches and two hotels in Colombo and other parts of the island nation.

At least 129 people have died so far while over 300 others have been injured in the blasts early on Easter Sunday morning, local media reported.

At the St. Sebastian’s Church in Katuwapitiya, north of Colombo, more than 50 people had been killed, a police official told Reuters, with pictures showing bodies on the ground, blood on the pews and a destroyed roof.

Media reported 25 people were also killed in an attack on a church in Batticaloa in Eastern Province.

Foreign Minister Sushma Swaraj tweeted that the Indian government and envoys are closely monitoring the situation in Sri Lanka.

Sri Lanka Prime Minister Ranil Wickremesinghe will be holding an emergency meeting to discuss the situation.

The blasts occurred at 8.45 a.m. (local time) as the Easter Sunday masses were in progress, police spokesman Ruwan Gunasekera said. 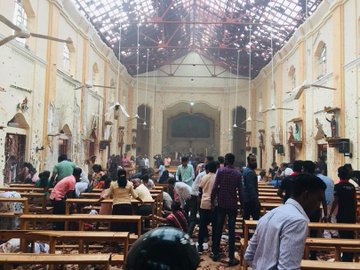 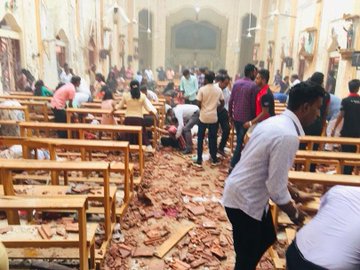 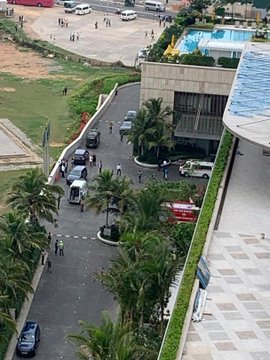 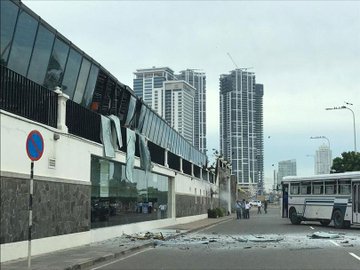 The Sri Lankan army has deployed 200 troops to ensure security.

The government has declared two days’ holiday in schools in Sri Lanka after the blasts shocked the nation on Sunday.

Security has been heightened in Sri Lanka and no visitors will be allowed at the Colombo airport in the aftermath of the blasts. All passengers have been requested to reach the airport 4 hours before their flights.

Three churches – St Anthony’s Church in Colombo, St Sebastian’s Church in the western coastal town of Negombo and another church in the eastern town of Batticaloa – were targeted, police said.

Three explosions were reported from the five-star hotels, the Shangrila, the Cinnamon Grand and the Kingsbury.

St. Sebastian’s church at Katuwapitiya in Negombo posted pictures of destruction inside the church on its Facebook page, showing blood on pews and the floor, and requested help from the public.

Reports suggest the Christian community in Sri Lanka has been targeted in particular on Easter.

This is biggest such attack on Sri Lanka in several years.

No group or individual has claimed responsibility for the attack so far.