25 killed in stampede in Varanasi 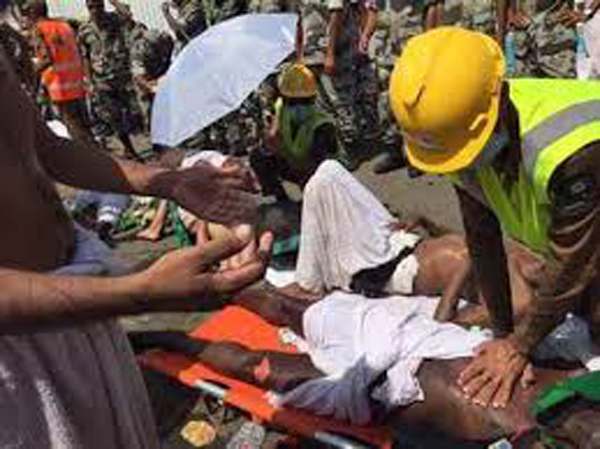 25 people were killed and 60 injured in a stampede at Rajghat bridge on the border of Varanasi and Chandauli where a large number of people had gathered for a religious event this afternoon.

The incident took place when thousands of followers of religious leader Jai Gurudev were on their way to Domri village on the banks of Ganga to take part in the two-day camp, police said.

Twelve people were killed while 60 others were injured. Five of them are stated to be in a serious condition, District Magistrate Chandauli, Kumar Prashant said.

Senior officials of police and administration have rushed to the spot to carry out relief and rescue measures.

Meanwhile, a government spokesman in Lucknow said that the situation in Chandauli is being monitored and all necessary measures were being taken.

An inquiry will be instituted to find out the cause of the stampede, he said.

The incident took place as people were brought for the camp in large numbers whereas permission was taken for a limited number of people, ADG (law and order) Daljit Chaudhary said in Lucknow.

“One person died of suffocation because of the surging crowd on the narrow bridge. This led to rumours which resulted in the stampede,” Chaudhary said, adding that the number of casualties could go up.

The spokesman of Jai Gurudev Sansthan, Raj Bahadur said that the devotees were proceeding towards the camp on the bridge but the police started sending them back even though the inflow on the bridge was not stopped.

This led to rumours that the bridge ahead has collapsed which led to the stampede, he said, alleging that there was a serious lapse on the part of the administration.

“I have spoken to officials & asked them to ensure all possible help to those affected due to the stampede in Varanasi,” he said in another tweet.