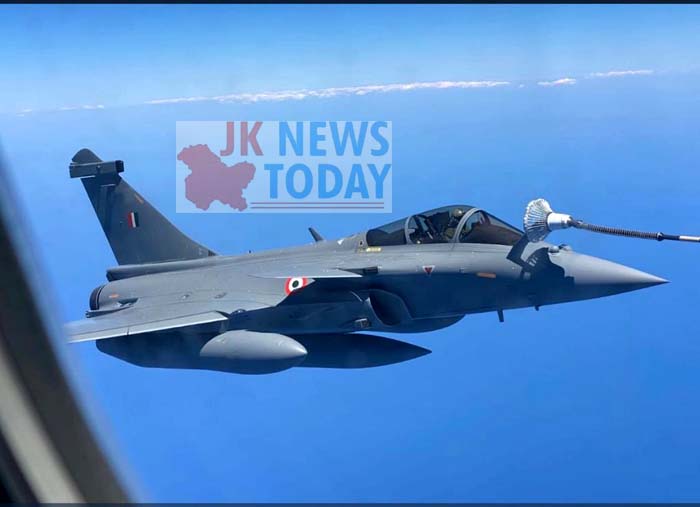 India will get three more Rafale fighter jets on Wednesday, which will join the Golden Arrows Squadron in Ambala. These fighter jets will fly directly from France and will be provided mid-air refuelling by the UAE.

These planes are expected to land in Gujarat at 7pm. The fresh induction will take the squadron’s strength to 14.

The next batch of nine Rafale fighter jets will be coming in April. Out of these, five will be inducted at Hashimara airbase in West Bengal.

Emmanuel Lenain, Ambassador of France to India said on Tuesday that five extra Rafale jets will be ferried to India by the end of April.

The ambassador said, “It’s a matter of great pride that we’ve been able to deliver on schedule and even ahead of schedule in spite of the Covid-19 pandemic.” Ambassador Lenain was speaking in Kochi.

The Rafale fighter is powered by two M88-3 Safran engines with a thrust of 73 Kilo Newton. It is equipped with top of the line smart weapon systems and designed for optimum damage to the adversary.

The aircraft started joining the IAF in the July and August last year and were quickly operationalised by the Air Force in the shortest possible time. The aircraft have been deployed for patrolling along the China front in eastern Ladakh and other fronts.

The twin-engine Rafale jets are capable of carrying out a variety of missions such as ground and sea attack, air defence and air superiority and reconnaissance.