300 more companies of forces to be deployed in South Kashmir 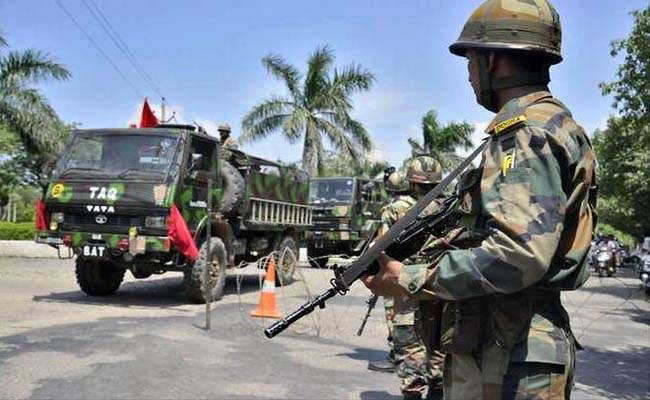 Acknowledging that all the three upcoming phases of polling in the Anantnag parliamentary constituency are “full of challenges”, top security officials Sunday said that 300 additional companies of security forces will be deployed in the southern segment spread over four districts of Anantnag, Kulgam, Pulwama and Shopian.

A senior police official said that after thorough deliberations, more than 300 locations were been identified in the Anantnag district alone, which is going to polls on Tuesday, where “comprehensive and elaborate security” measures will remain in place.

“For southern Kashmir districts, there are more challenges on the security front compared to the northern or central districts of the Valley. We will ensure that everything goes well,” the official said, insisting not to be named.

He said the security forces—Police and the Central Reserve Police Force—will have a primary role in providing foolproof security cover during the polls, while the Army will also remain “at the beck and call in case the situation takes an ugly turn at any place”.

“The polling stations at all 300 identified locations will have a double-layer protection while induction and de-induction plans of security forces have been finalised,” the official said.

Inspector general of CRPF (operations) Zulfikar Hassan said that southern Kashmir constituency “poses multiple challenges” but security forces are “ready to deal with them”. “We are giving final shape to the security plan and hope all goes well,” he said. “Quick Reaction Teams (of CRPF) are already on alert mode while as area domination and night patrolling in areas going to polls has been intensified.”

The CRPF has also started patrolling through its mobile vehicle check-posts while as nakas have been established at various entry and exit points, the IG CRPF said.