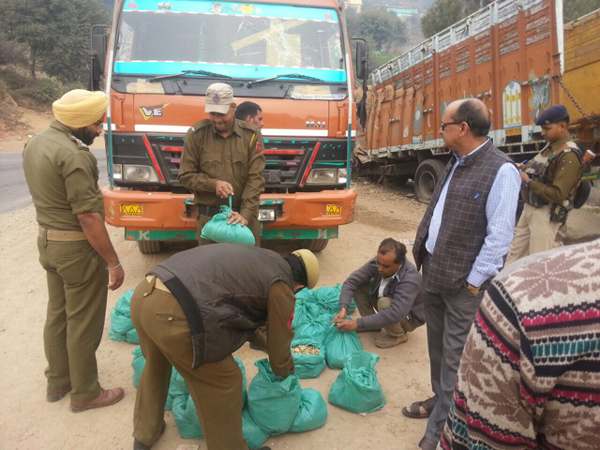 Udhampur police seized 33 kg poppy straw ( bukki) which has being smuggled from Kashmir in a truck her today.

The police told that poppy was being smuggled in a truck No. PB 13 Z 4976 to Punjab.  The truck was intercepted during a surprise naka on the Jakheni chowk.  After thoroughly searching the truck the police recovered 33 kg poppy straw.

The consignment was seized on the spot while the truck driver and his accomplice identify Kaka s/o Sulaeman r/o Malerkotla (Punjab) and Jahid s/o Jamaldin r/o Malerkotla (Punjab) were arrested.
The case under F I R no 372/2016 under section 8/15 NDPS act has been registered in the connection at police station Udhampur and further investigation of the case is going on.