5 Die In Haryana Allegedly Due To Oxygen Shortage, 3rd Incident In State 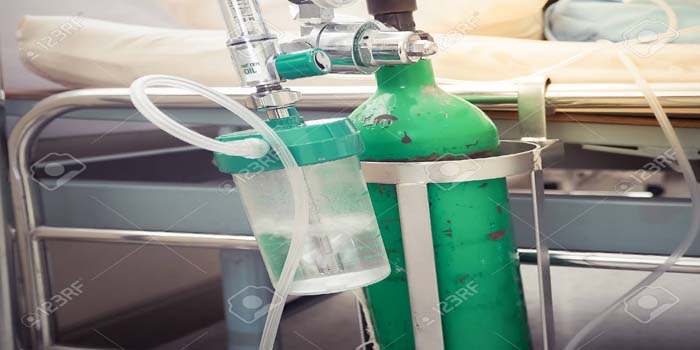 Protests broke out at a hospital in Haryana’s Hisar district today after five coronavirus patients died this morning and their families alleged that a shortage of medical oxygen was the cause. This is the third such incident in the past 24 hours in the state.

As India sees an alarming surge in Covid cases, Delhi hospitals have been sending out SOS messages for resources. On Friday, 25 patients died at a hospital in the national capital due to low oxygen pressure.

Like the rest of the country, Haryana, too, has witnessed a surge. Over 10,000 cases were recorded in the past 24 hours, taking the state’s caseload to 4.24 lakh.

Chief Secretary Vijai Vardhan, on Sunday, directed the deputy commissioners to constitute a committee of senior officers that will deal with the allocation and ensure the supply of medical oxygen to all government and private hospitals in their districts.

“We have been told by the family members that there was oxygen shortage due to which five people have died. As per the Covid protocol, the health department has taken away the bodies,” police officer Rajbir Singh told reporters today, referring to the Hisar incident.

Deputy Commissioner Priyanka Soni said a probe will be conducted into the deaths. “A medical negligence board has been set up. An in-depth analysis has been done,” she said.

In Gurgaon, the hospital has denied the allegation of oxygen shortage. “These patients had severe Covid. Although, we are facing a crunch in oxygen supplies, in the case of these patients, it was not that we ran out of oxygen supply. Being critically ill, their oxygen saturation levels dropped sharply. The doctors tried their best to revive them, but unfortunately, they passed away,” a hospital official was quoted.

Prime Minister Narendra Modi, on Sunday, said the second wave of COVID-19 has “shaken the country”. The government is everything it can to support the states in the fight against coronavirus, he added.