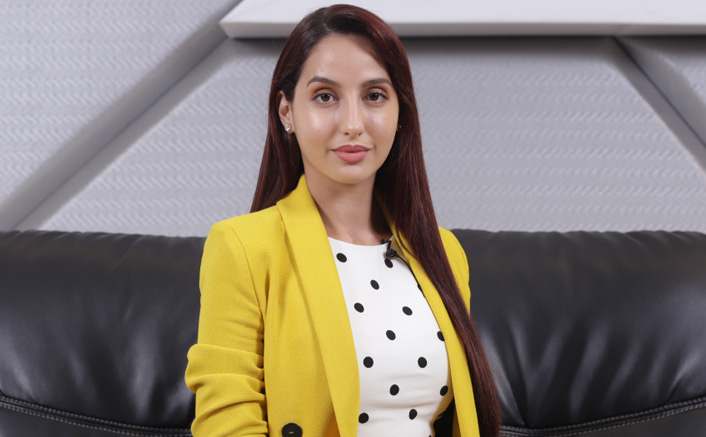 Actor Nora Fatehi on Thursday appeared before by the Enforcement Directorate in connection with the money laundering case against con artists Sukesh Chandrasekar and his actor-wife Leena Paul.

Chandrasekar and Paul have already been arrested by Delhi Police for allegedly duping the family of Fortis Healthcare promoter Shivinder Singh of around ₹ 200 crore.

The Enforcement Directorate, having taken cognisance of that FIR, wishes to questions Ms Fatehi about her connections to the accused couple, sources have said. The agency had earlier also questioned actor Jacqueline Fernandes, who is expected to come in for further questioning later today.

Nora Fatehi and  Fernandes were also scammed by Chandrashekar.

The case was filed based on a complaint by Shivinder Singh’s wife, Aditi Singh, who said a man posing as a senior Law Ministry official offered to help get bail for Mr Singh (then in jail) in return for money.

Ms Singh said she paid out ₹ 200 crore in 30 instalments starting June 2020 and was told the money was meant for BJP party funds. She also claimed to have been told that Home Minister Amit Shah and then Law Minister Ravi Shankar Prasad were both on her side.

At the time of the incident, Chandrasekhar, accused in 21 cases, was lodged in Delhi’s Rohini jail.

Yesterday his remand was extended by 11 days, and that of Leena Paul by 16 days.

The agency told the court Chandrasekar knowingly financial structures for layering and transferring proceeds of the couple’s crimes and had thus actively participated in the process of money laundering.

In August the central agency said it had seized a sea-facing bungalow in Chennai, ₹ 82.5 lakh in cash, and over a dozen luxury cars in connection with the case against him.

In addition, goods worth ₹ 20 crore – ranging from shoes, bags, and clothes by international brands like Chanel and Louis Vuitton – have also been seized.

Aryan Khan To Stay In Jail Till Next Hearing On Wednesday, No Bail Today