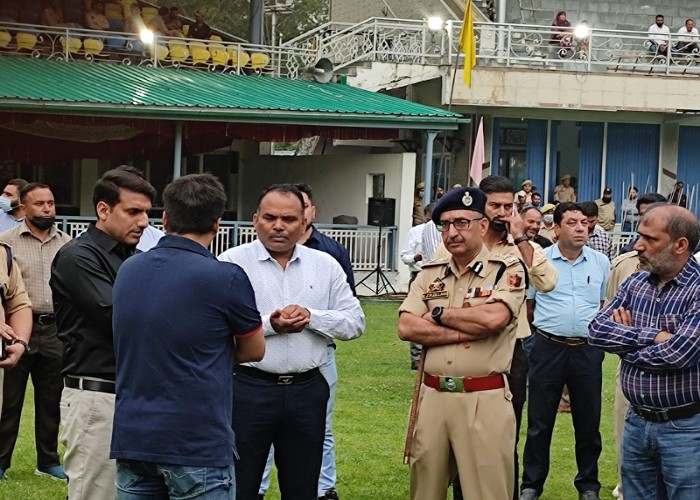 S.J.M. Gillani, Additional Director General of Police Armed J&K, today visited S.K Cricket Stadium Srinagar to review the security and other related arrangements in and around the venue where UT level Independence Day Parade is going to be held on 15th August, 2022.

During the visit, the ADGP Armed also convened and chaired the meeting of representatives of all the stakeholders responsible for making different arrangements in connection with celebration of U.T Level 75th Independence Day function at S.K Cricket Stadium Srinagar.

During the meeting the ADGP was briefed by the concerned representatives about the preparation made in their respective assignments in detail.
The ADGP also conducted the inspection of parade contingents in terms of their practice for the parade on the occasion. He issued necessary instructions to the parade commander regarding further improvement in parade drill and turn out of the parade contingents.

Further preparation with regard to maintenance, seating arrangements, decoration and upkeep of the venue for Independence Day parade were also reviewed by the ADGP. He issued necessary instructions to the concerned officers on spot for immediate action.