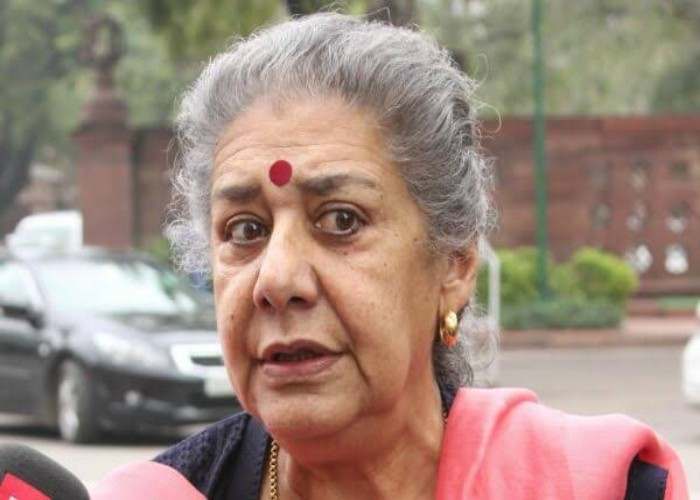 The Congress Legislature Party (CLP) meeting to elect the next chief minister of Punjab after Amarinder Singh resigned from the top post in the poll-bound state has been deferred, party leaders said on Sunday. As several names are being talked about as the next Punjab chief minister, senior Congress leader Ambika Soni has declined the offer for the top job, according to reports.

Citing people familiar with the developments that Ambika Soni declined the offer to  Punjab chief minister at a late-night meeting with Rahul Gandhi. Ambika Soni, who belongs to Punjab’s Hoshiarpur district and has been a Rajya Sabha member from the state several times, said at the meeting with Rahul Gandhi that not having a Sikh as the chief minister will have “ramifications”.

“With a Hindu CM, the party may also go in for two deputy CMs – a Jat Sikh and a Dalit leader,” a person familiar with the matter said. “The Congress high command is keen on going into the polls with a Hindu-Sikh combination. Since Sidhu heads the state unit, the choice for the CM has narrowed down to Soni, Jakhar and cabinet minister Brahm Mohindra for the Hindu CM face,” according to a party leader.

The CLP meeting is to be held in the presence of All India Congress Committee general secretary in charge of Punjab affairs Harish Rawat and two central observers Ajay Maken and Harish Chaudhary.

Working president of the Punjab Pradesh Congress Committee (PPCC) Pawan Goel said that Congress interim President Sonia Gandhi would take the decision on the next Chief Minister of state on Sunday. However, he refused to comment on the prospective candidate for the post of Punjab CM. “A meeting of MLAs was held with Harish Rawat and Ajay Maken yesterday. The MLAs have sent their opinions to Sonia Gandhi. A resolution was passed that the Congress chief’s decision will be final on this matter. Today you will get to know her decision,” the Congress leader said.

On Saturday, the CLP unanimously passed a resolution to give Sonia Gandhi power to nominate the next chief minister of Punjab after Captain Amarinder Singh stepped down. In a second resolution, the CLP praised Amarinder Singh for his leadership and his role in developing Punjab.

Amarinder Singh quit on Saturday ahead of the meeting of party legislators in the faction-ridden state unit ahead of assembly polls early next year. The 79-year-old Amarinder Singh later launched a no-holds-barred attack against Sidhu, describing the cricketer-turned-politician as a “total disaster”.