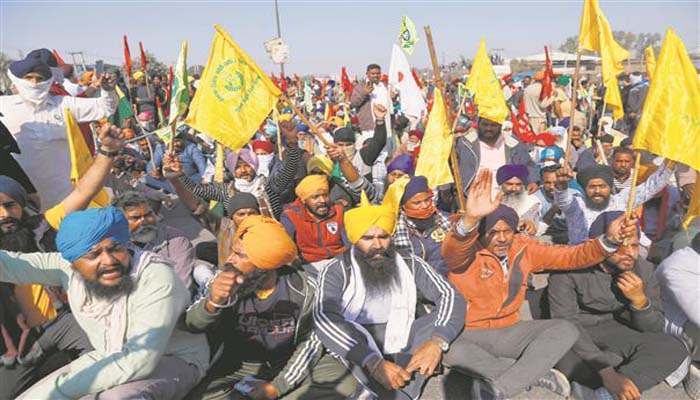 The ‘Delhi Chalo’ farmers’ protest at border points in New Delhi has entered the 10th day. The central government held a second round of talks with leaders of farmer unions on December 3, but it ended without any breakthrough. Both sides are scheduled to meet again today. The first meeting between three union ministers Piyush Goyal, Narendra Singh Tomar and Som Prakash, and farmer groups had also ended in a stalemate on December 1. Leaders of farmer unions have rejected the Centre’s offer of setting up a new committee to look into issues raised by agitating farmers. They also said that the protest will continue until their demands are met and the contentious laws are scrapped. Farmers say that they fear that the new farm laws will dismantle the minimum support price (MSP) system and corporatise farming.

three black laws and give in writing that MSP will continue. If any positive result doesn’t come out of today’s talks, farmers from Rajasthan will march along NH-8 towards Delhi and camp at Jantar Mantar: Rampal Jat, president, Kisan Mahapanchayat.