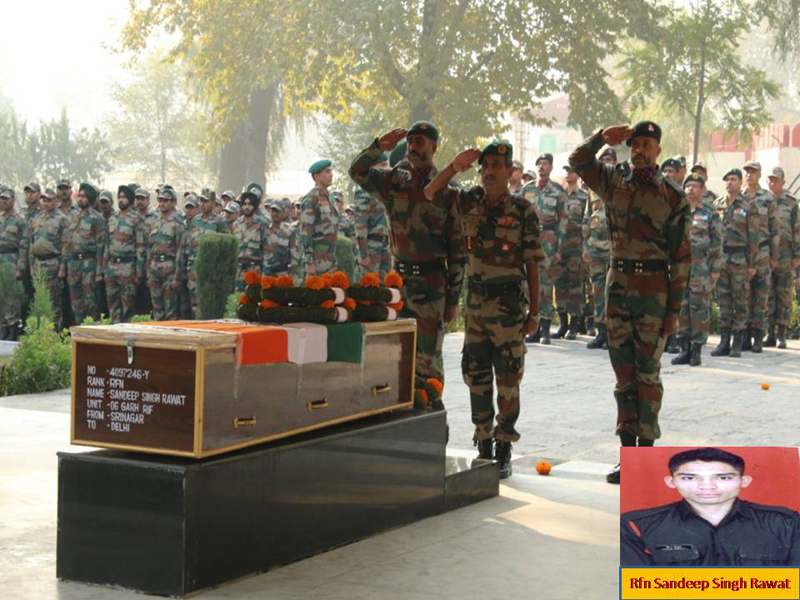 Srinagar, October 28: Rich tributes were paid by the Army today to its valiant soldier Rifleman Sandeep Singh Rawat who attained martyrdom at a young  age of 21 while successfully foiling an infiltration bid in Kupwara on 27 Oct 16.

The braveheart was part of a team that had yesterday intercepted and engaged a group of infiltrating terrorists along the LC in the frontline Tangdhar sector of Kupwara, J&K. In the ensuing gunfight, Rifleman Sandeep had sustained a bullet injury. After being given first aid at the site of encounter, he was evacuated by air to 92 Base Hospital in Srinagar where unfortunately he succumbed to his grievous injuries.

In this very short span of just over one year of service, Rfn Sandeep, a proficient boxer, had won over his superiors and peers alike by his soldierly attributes, youthful energy and an ever smiling disposition.

Survived by his parents, the martyr will be taken to his native place, Dehradun where the last rites will be performed tomorrow with full military honours.