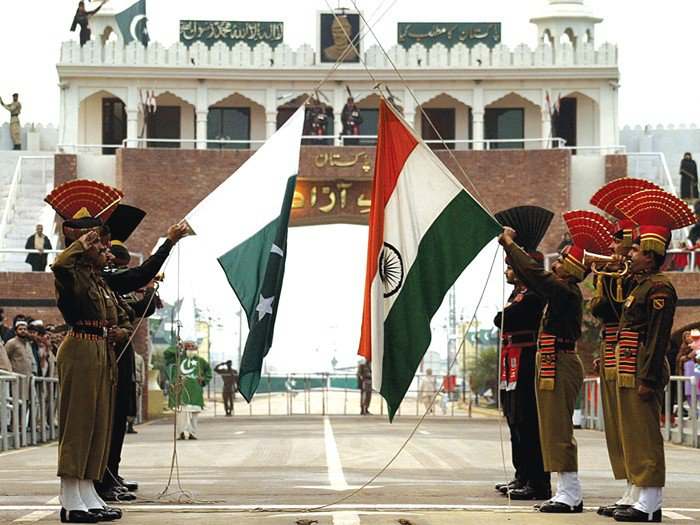 In view of rising concerns over the coronavirus disease (Covid-19) situation, the Border Security Force (BSF) said in an official statement on Thursday morning that it has decided to suspend the entry of the public at the daily lowering of the flags ceremony at the Attari-Wagah border. Also known as the “Beating the Retreat” ceremony, the military display on the India-Pakistan border is witnessed daily by hundreds of citizens from both countries, who line up across galleries to cheer for soldiers marching in a drill, going through the steps of bringing down their respective national flags.

The BSF statement read, “In view of the Covid-19 situation in the country and latest guidelines issued from the office of the district magistrate, Amritsar, BSF authorities have reviewed the situation and taken a decision to stop the entry of public to witness the “Retreat Ceremony” at JCP Attari with immediate effect.”

Notably, the daily flag-lowering retreat ceremony at the Attari-Wagah border had only just resumed last November after remaining suspended for 20 months since March 7, 2020, due to Covid-19. Now, in view of a Covid-19 surge once again –  driven by Omicron – the military display and parade are being barred from the public yet again.

Wagah, an army outpost on the India-Pakistan border between Amritsar and Lahore, sees the elaborate military parade conducted by soldiers from both sides, who engage in maneuvers that are seen as a signifier of the India-Pakistan rivalry, as well as brotherhood and cooperation among the armed forces.

Every evening immediately before sunset at the Wagah-Attari border, the ceremony starts with a blustering parade by the soldiers from both sides and ends up in the perfectly coordinated lowering of the two nations’ flags. This display is known as the “Beating Retreat” border ceremony on the international level.

Similar parades are also organised at the Mahavir-Sadqi border near Fazilka and the Hussainiwala-Ganda Singh Wala border near Firozpur.