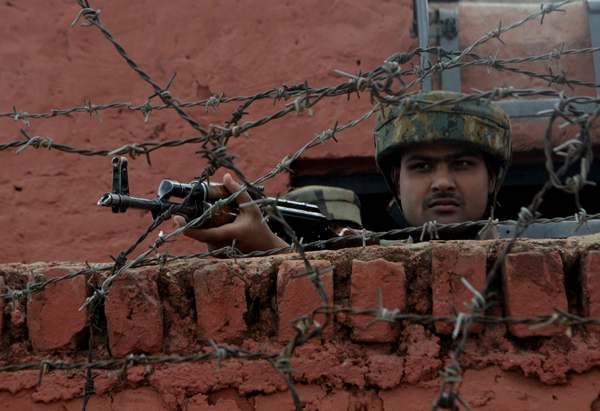 The death toll in  last evening’s terror attack on the Seema Shastra Bal  cnvoy has risen to two, with one more critically injured jawan succumbing to his injuries this morning, sources said.

Terrorists had  intercepted  and attacked  a convoy of the SSB jawans ar Zakura  on  the outskirts  of  Srinagar  on Friday evening . One jawan was killed and eight others wounded . One of the critically injured succumbed early morning the sources said.

“ There were two terrorists  who attacked the convoy, but both of them escaped taking advantage of darkness,”  a senior police officer told the JKNT. Overnight searches yielded nothing.

Meanwhile security has been heightened  all across Srinagar city.