Avengers: Endgame trailer had these 7 scenes that never made it to the movie 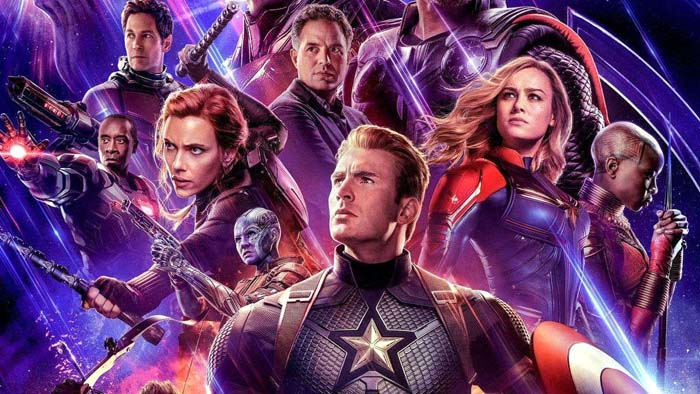 Here are 7 Avengers: Endgame scenes that we hearted in the trailer but never found them in the film.

Avengers: Endgame director Joe Russo was as good as his word. Joe, when talking about a particular scene from Avengers: Endgame trailer that shows Captain America and Iron Man shaking hands, had let it drop that it never made it to the actual movie. Now, that we have we have watched the film, we can confirm that this indeed is the case. This scene, along with seven others, featured prominently in the trailers but didn’t find a place in the film.

“That scene actually isn’t in the movie. You know we tell people that we manipulate the trailers in order to (inaudible) what happens in these films. That actually is not in the movie,” Joe had said in the interview, adding, “We look at the trailer as a very different experience than the movie, and I think audiences are so predictive now that you have to be very smart about how you craft a trailer because an audience can watch a trailer and basically tell you what’s gonna happen in the film.”

Here are all the scenes that warmed your heart in those ever-so-precious Avengers: Endgame trailers but were summarily dropped from the film. (Spoliers ahead)

This one was spoiled by Joe Russo himself –Tony and Steve meet in an alley after a failed mission during the Battle of New York. While Tony does ask Steve in New York if he trusts him, the two never shake hands. Instead, they punch in a new date into their Quantum Realm GPS that would take them to the 1970s from where they would recover the Tesseract and some more Pym Particles.

A frustrated but determined Natasha fires an entire clip at a shooting range and then goes to take out her anger at a punching bag.

While the trailer showed us a bruised Captain America removing an intact shield—just the way we know it—in the film, Thanos tears apart his Vibranium shield with his sword. Cap is later shown removing his destroyed shield.

Thor and his beer belly

The trailers did a great job of hiding Thor as a washed-out has-been. What we saw instead was the God of Thunder brimming with electricity as he is ready to attack Thanos with Stormbreaker — in his short hairdo.

When the first Avengers: Endgame trailer landed, we saw Natasha and Cap receiving Paul Rudd’s Scott Lang at the Avengers’ headquarters. We now know that five years have elapsed since the events of Avengers: Infinity War in that scene and Natasha’s hair is red again. However, in the trailer, she was still sporting blonde hair, to ward off suspicion.

Another character whose look was guarded to ward off suspicion was Captain Marvel. We see her with a new haircut – to emphasise that five years have gone by—but in Avengers: Endgame trailer, we saw her wearing a helmet in the battle scene.

Avengers: Endgame trailer saw the superheroes walking towards the time travel portal. While the film showed what the Avengers have become five years after Infinity War, the trailer showed us either silhouettes or close-cropped shots of their faces. This was obviously to ensure that we don’t see Thor’s Big Lebowski avatar, Hulk as Professor Hulk and Tony and Natasha sport different hair.